Marta Collica: “I see myself as the mountain Etna” 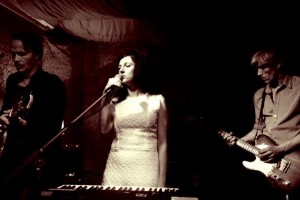 The first time I heard of Marta Collica was in 1998 when I was touring Sicily with a couple of Italian musicians. The tour was a special adventure for to me as it was my first time on the island of my ancestors and I fell in love with the red soil, the sparse, stony mountains, Catania’s red light district and the amazing food immediately. We mainly performed in olive tree groves, setting up PAs in small vacant stone huts and were always surprised at the amount of guests that would arrive after the sun had set. It was summertime and the living was easy. 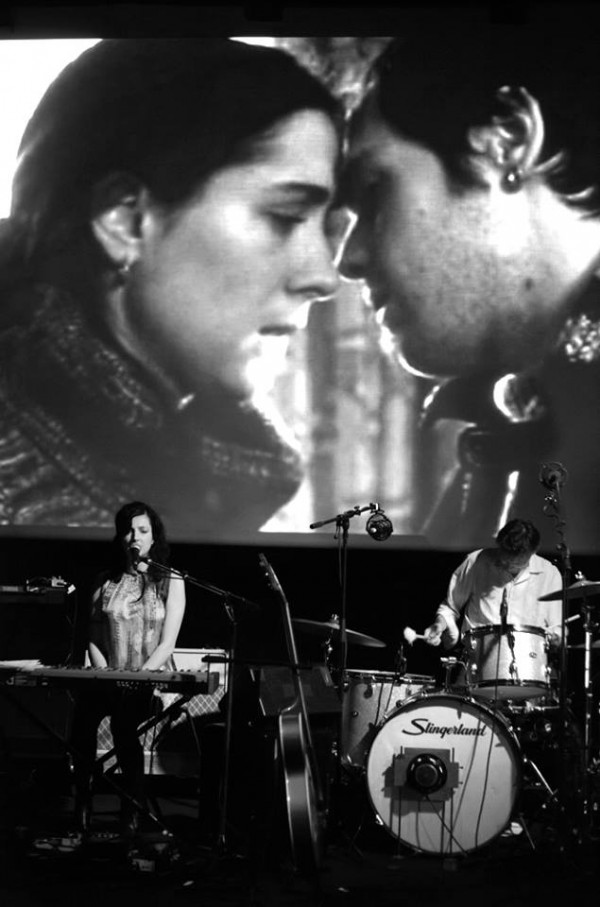 It was here that I heard of Marta for the first time and was told: “Marta Collica is the queen of the Sicilian music scene.” My fellow musicians were always hoping she would come to one of our shows but she never did. About five years later I surprisingly met her in my dining room in Berlin where my husband Alexander Hacke and I were giving a dinner party. Hugo Race brought her along as his dinner companion as they were recording an album in Berlin to where she had just moved.

Instead of the tough Sicilian rock star I had expected she was a dreamy apparition, quiet spoken, warm, friendly and totally unpretentious, a wonderful combination of attributes especially in the ego driven music world. Marta looks like a 20ies silent movie star and her music is as mystical and precious as her soul.

Whenever I watch her perform I seem to hear Sicilian birds and bees singing and feel the sun she soaked up in her childhood. Her music feels like a sunny Sunday afternoon in a flowery garden and I have rarely heard music, which makes me feel as relaxed and content. Marta has a light touch, be it on the guitar or the keyboards, her lyrics are in English or Italian and although she is more of an introvert she glows on stage. We have worked together frequently over the years, be it on interdisciplinary projects or sharing the stage and her magic has never worn thin. She is one of the hardest working women in Berlin’s music scene, writing music, touring, organizing projects, traveling back and forth between Italy, England and Germany and supporting other musicians. Describing her as a queen is perfect and especially in these troubled times our confused world needs this kind of women, one that combines beauty with endurance, style with individualism, intelligence with kindness and bucket loads of talent that creates amazing music.
I am very happy to be able to present Marta Collica here today.

Danielle de Picciotto: What do you look for in music Marta?
Marta Collica: Music gives me the opportunity of exploring a dreamy place within myself. A space in which perception and vision can unfold in unexpected ways. I believe that intuition can add balance and depth to all life’s aspects. Music became the most direct way for me to have access to this place where all emotions, even the conflicting or uncomfortable ones, can simply coexist, mix or transform, without confusion, enhancing and enrichening my life. I try to express this dreamy remoteness in my music.

You regularly collaborate with Hugo Race and John Parish – could you describe how the work
process is?
I started writing songs together with Hugo Race nearly 20 years ago. Back then I wrote a melody line and lyrics on one instrumental piece which he had he sent me, and reworked a cut up from his lyrics for a piano piece I was finishing. We have kept this fluid co-writing style up till today, still filled with the same curiosity and passion which we initially had when we got to know each other and started “playing” together. Our collaborations have become more and more professional and we ended up producing three albums together under the name Sepiatone.
With John Parish I sing and play keyboards in his band. The collaboration is a challenging process because John has a unique writing style and a feel for rhythmic structures, which, even if they seem simple can be difficult to follow. Sometimes everything comes together easily, sometimes it takes time. We share a similar taste in sounds and music, which it is very inspiring in our collaboration. 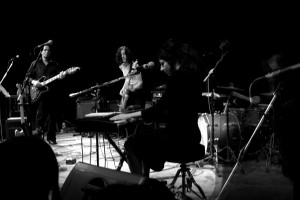 What is it like being an Italian ex-pat in Berlin?
My perception about it changes all the time! Did I find what I was missing in Italy? Most probably, but at the same time adjusting to such a different mentality has almost estranged myself from my Italian roots, something I would never have imagined missing. Nonetheless Berlin offers me an interesting gap between myself and other people. The different culture and language can be a gift, as it requires effort and determination to fill this gap. On other days, specifically on some grey winter days, it can be truly discouraging as I am used to a place where, no matter how inadequate you feel or alone you are, the sun always shines for you. 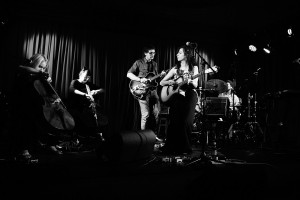 You have just released a new album, what is its theme?
My album “INVERNO” (winter) describes the restlessness I feel during this season and the research I mentioned before looking for the dreamy remote space within where all kind of emotions can just “be”. I could be described, as a meditative kind of person but my inner energy is quite intense. In a way I see myself as the mountain Etna that I know very well, still and as a solid rock in front of the sky, but everybody knows of the burning lava inside ready to flow out. An eruption may not happen this time, not even next, maybe it will need a whole lifespan … but I have felt this way many times in the studio, listening to myself singing in the headphones with a subtle tension pervading the quieter moments. On my new album my music has this meditative, dreamy aspect but it moves towards a bluesier, earthy tone, to then dissolve in more abstract atmospheres.

What are your plans for 2018?
I am touring and presenting my new album with a couple of wonderful musicians based in Berlin and in Italy. This will be my main activity for the next couple of months. In May John Parish will be starting a new series of shows presenting his screenplay album and a new one coming out at the end of June on which I am collaborating with him. I am also finishing a couple of songs with Hugo Race for the 4th Sepiatone Album. This will take some time, experimenting and contemplating approaches before we go to the studio to mix the songs. 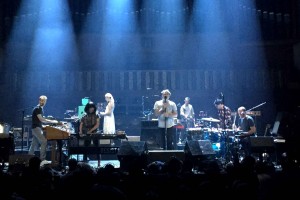 Intimate and loud in Berlin

When I first heard about an exclusive LCD Soundsystem show at Funkhaus in Berlin, it all made sense … 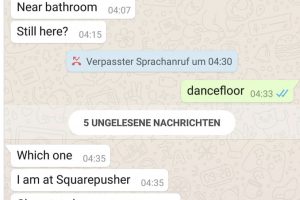 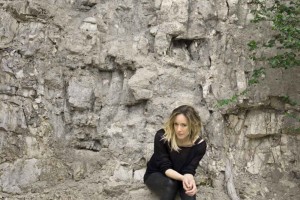