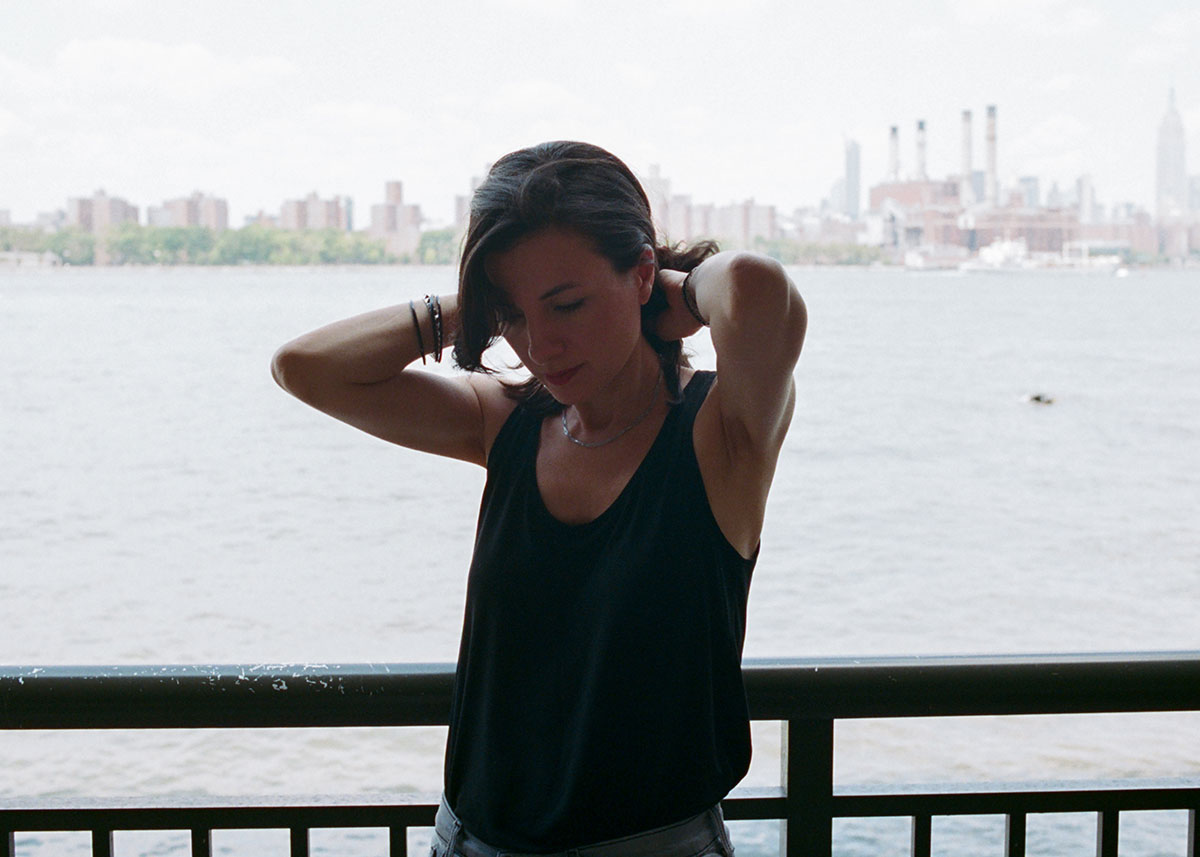 Real New Yorkers can presume to do something that incomers would never be allowed to do. For example to fix a meeting in 2016 at a café on Bedford Avenue, that street that grew from cool to uncool in a time lapse. Maybe it’s exactly the right place to meet Veronica Vasicka, radio host, DJ and label owner of Minimal Wave and Cititrax. As the sound she stands for literally represents the opposite standpoint to this kind of economically driven fast-moving nature.

The New York native (born on Coney Island, grown up in Greenwich Village and on 88 East Street) devoted herself to sound archeology – an endeavor that, at least since the foundation of Minimal Wave in 2005, was so successful that there are now countless imitators who dig for old wave and industrial releases, following her lead. The former sound for freaks and crossover artists became a popular genre.

“If I see bands like Throbbing Gristle and artists like Genesis P-Orridge in mainstream media nowadays I’m quite irritated by that”, says Vasicka. “In the 90s this all was weird stuff no one wanted to write about. But this underground that the people didn’t consider to be cool back than, it survived all the rest of the music from that era. I don’t understand when what I like became cool and why.” What Vasicka is alluding to: while during her teenage years a black outfit used to arouse suspicion if you might develop a psychosis or are hooked on heroin, so does a colorful t-shirt nowadays obstruct you from getting into the club. “I definitely felt like an outsider in high school”, Vasicka remembers. “The other kids asked me why I was always wearing black and how long it took me to get ready each morning.”

The gateway to this voluntary world opened itself to the daughter of a Czech physician, who immigrated to the USA in the 1950s, through the music of Throbbing Gristle. They elicited an intense “wow” from 16 year old Vasicka. Other important aha moments followed thanks to Death in June, Christian Death and especially the early demo recordings from Sisters of Mercy. From this time on she spent infinite afternoons in New Yorker record stores to look for goth and wave records, only to stealthily haul them into their home and lock them in the closet in her bedroom. “I had to do this, as my mother used to sneak into my room and if she had found the records and read the lyrics she took fright that I might worship satan.”

Her second passion was safer and more tolerated: synthesizers. They also brought her into the epicenter of the boy’s world – although, she admits, this wasn’t really present to her, probably because “the community, how I experienced it back then, was so much more open than in other genres.” An experience that influences her perception positively to date: when other female artists get quickly upset in clubs, if once again a man wants to explain to them how things roll, she just doesn’t pick up on it. “It’s a question of your own focus. The problems between men and women, the hierarchical fight, will always be there, but I just don’t let myself get worked up.”

At the moment Vasicka’s synthesizers are unfortunately standing in the corner covered in dust. She hardly ever gets around to producing – edits of old tracks, like “Computer Bank” from Robert Lawrence and Mark Phillips recently, for her DJ sets and minimal wave compilations, are a rare exceptions. “I had a baby two years ago”, she explains the rather abrupt end of her ambitions to produce. “The problem with New York is, that you never have enough space. The room the baby now lives in used to be my studio. You have to set new priorities. But I do miss producing a lot.”

Time plays also a big part, since the child and the labels Minimal Wave and Cititrax are dictating Vasicka’s schedule, and the number of international DJ queries has also risen extremely – which does not only bring nice experiences as she can report right now. She just came back from Moscow the previous day where she was supposed to play Outline Festival. But immediately after she landed she learned that the festival was cancelled. An absolute nightmare, especially considering the fact, that she has to plan meticulously to make time for such a trip. Sadly she wasn’t able to use the 48 hours in Moscow for spontaneous sightseeing, since “we had to stand by as the organizers obsessively tried to realize an alternative event.” An endeavour that was just as little successful as Vasicka’s attempt to collect her salary.

“I’m really fascinated by what the lives of the people turned out to be after they stopped making music”, says Vasicka, changing the subject back to her everyday work at Minimal Wave and thereby to more delightful things. “Why did they stop making music? What are they doing now? If you start to research you can sometimes find very drastic stories like that of Alain Séghir and his band Martin Dupont. They used to be quite successful and toured with Siouxsie and the Banshees and The Lounge Lizards, until they suddenly disbanded in 1987 when he became a physician.”

The story of nuclear weapons expert Andy Oppenheimer is similarly exciting. He wrote songs for his band Oppenheimer Analysis (OA) on the way to his scientific meetings.

Considering such exciting life stories, it’s not surprising that Veronica Vasicka is currently working on a book in which she is going to review the life’s journeys of many Minimal Wave artists.

While they eventually decided against a life as musicians, or rather had to because of individual circumstances, Vasicka is living the dream of an autonomous artistic life. “There has never been a big master plan for my life”, she explains how everything assembled so neatly. It surely is an explanation that falls short. In fact it’s rather due to the aesthetic frequency and interlocking of all of her activities that Minimal Wave was able to unfurl so prolific. And the toughness with which she faced the hard life in New York and all its chasms. “I worked as a photo assistant for a long time. Money was always scarce, but sacrificing my creativity for a job had never been an option.” As so often in artist’s biographies it all started the moment when Vasicka was about to throw down the gauntlet. The breakthrough came with her radio show on East Village Radio (which sadly was discontinued, so now she has to restrict it to guest appearances on Red Bull Music Academy Radio, Pitchfork Radio, NTS and Beats in Space and isn’t hosting her own show anymore).

After that everything happened quickly and suddenly there was Minimal Wave, a label for her own archaeological music passion, more and more dj bookings and eventually the second label Cititrax. “Everything is connected”, she states. “If I for example do the designs for the label I will insert myself as photographer – but in another way then before.” 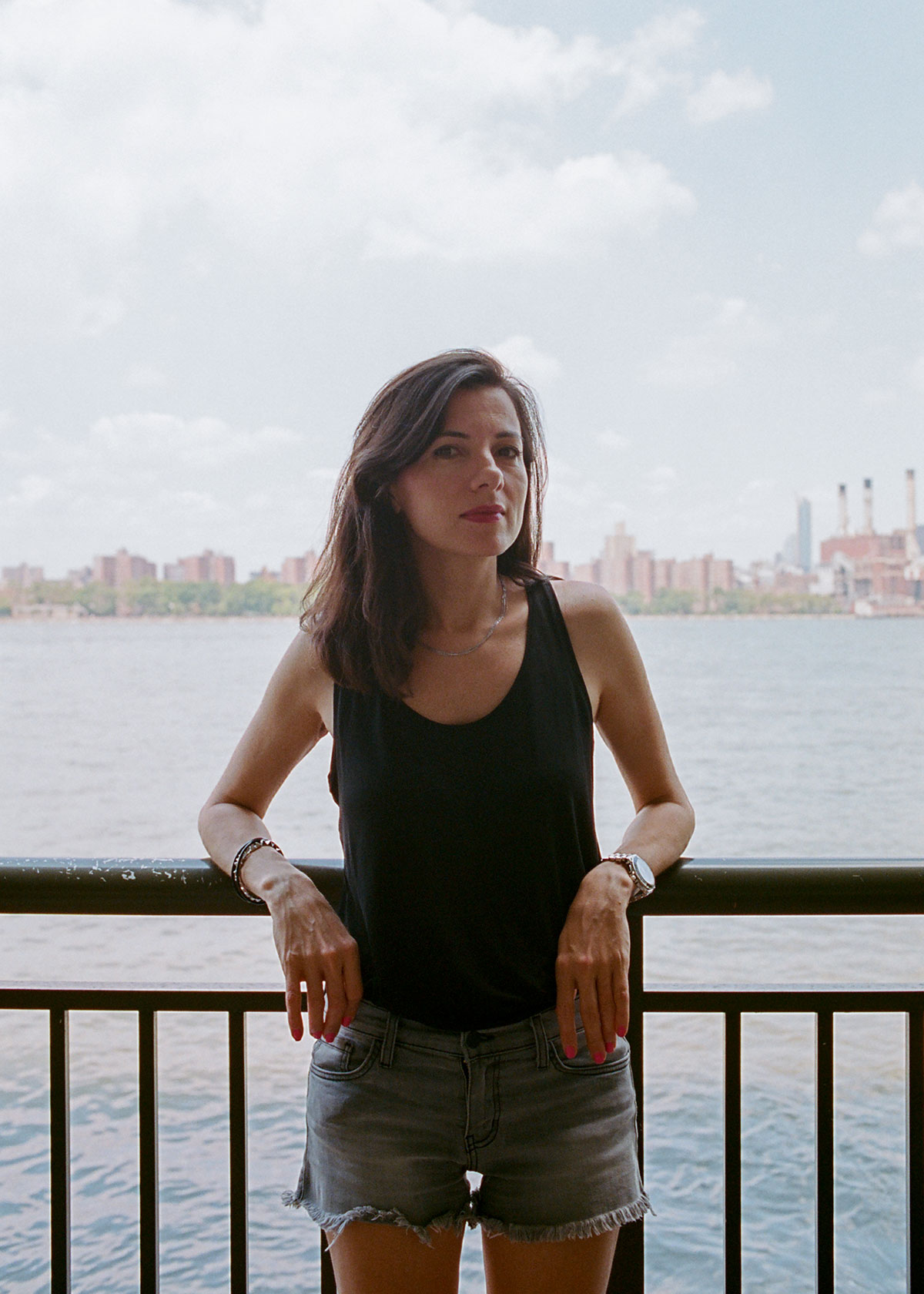 The New York that she plays at with all of these activities changed rapidly recently. The end of East Village Radio shows this as much as the mutation of Bedford Avenue  to a non-place, the most striking sign is the never-ending emigration wave towards Europe and especially Berlin. “Most of my friends, what used to be called community, moved away”, Vasicka reports. “It’s not that I don’t have any friends anymore, but just not ones with a musical background. What’s missing is a weekly or monthly night where everyone comes together, like many used to exist. Yeah, New York changed a lot recently.”

You could interpret this as resignation. But if you regard on the vivid discography of her second label Cititrax – which also started out as a re-issue-label with represses of the rare Chicago house record “Dance Party” by Z-Factor, before Vasicka changed sides to contemporary artists – you don’t get the impression that there is an absence of impulses. It’s just that her surroundings aren’t located in the streets of Greenpoint and Williamsburg anymore, but spread all over the whole world in neighborhoods like Neukölln and Hackney. “There are more and more people who produce music that’s influenced by Minimal Wave”, Vasicka describes the situation, and adds that it’s of course an validation of her work. She notes that it’s “much more time-consuming and oftentimes also more stressful” suddenly working with living and still active artists, as many of them want to play a part in all aspects of the production. But it surely is nice to get suggestions and to develop something together.

It has also happened a couple of times with Minimal Wave that the artists wanted to revise the material. But that would have been contrary to the main idea of the label. “Minimal Wave is about capturing and preserving that time in your life when you still had cultivated a naive approach to music – not about making adjustments after the fact.”

The only question that remains if the imprint Minimal Wave, which in all of of its majestic greatness sits enthroned above everything, has only been blessing for her or sometimes also the devil whom she unwittingly summoned. In the sense that she always has to live up to certain expectations? “No, I don’t see it that way. I don’t experience Minimal Wave as pressure. Sometimes, when playing dj sets, I’m asking myself if the audience expects a pure Minimal Wave mix or if I can mix techno and wave tracks in, but in the end I just do what I want. No, there aren’t filters for different places at which I present my music. But what I’m critical about is that there is a surfeit of labels that are inscribing to similar obscure music to what I release on Minimal Wave. That bugs me.”

Veronica Vasicka will play this years edition of Atonal Festival in Berlin.

The last release on Cititrax was “Le Desordre et La Nuit“ from Amado (aka The Hacker), in late September the debut album from Marie Davidson (Essaie pas) will follow.