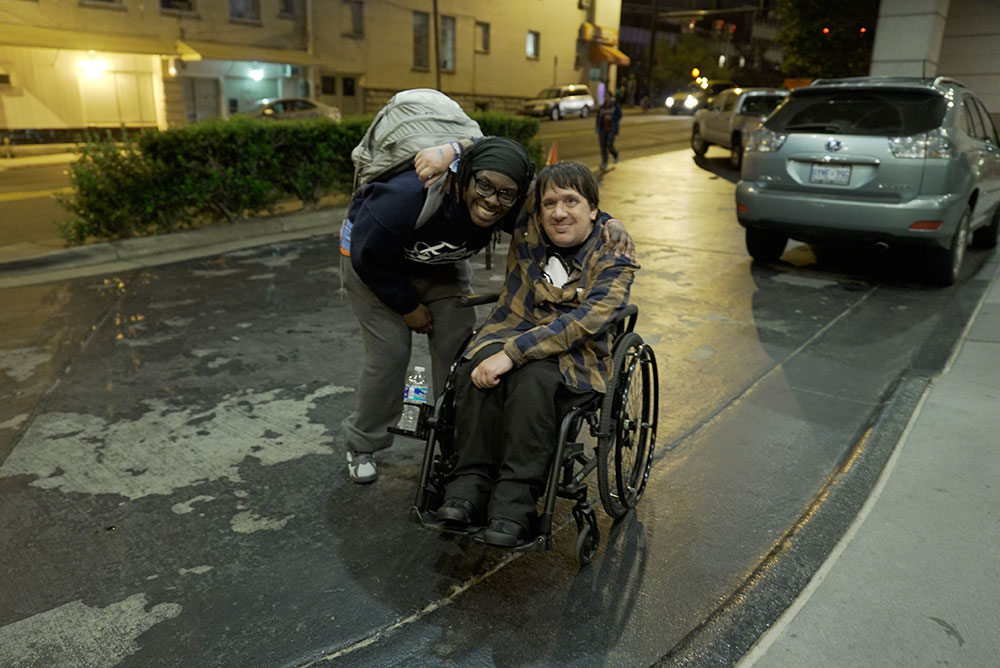 Jerrilynn Patton aka Jlin & a fan (Photo by Thomas Venker)

The wheelchair user next to me seems to be in disbelief about what kind of ferocity the set of Jlin propelled him to. At the beginning of the show in Durham, NC, which was part of Moogfest, he observed the events quietly and distanced but by the end he shakes ferociously in time or un-time with the beats of the footwear producer from Gary, Indiana. After the set everyone agreed: no other performance of this festival was as dark and brute – which must mean something in regard to the line up, which include Hieroglyphic Being, Ben Frost, Actress and Oneohtrix Point Never.

This performance by Jerrilynn Patton, the musician’s full name, in the early summer of 2016 was certainly not surprising. Her debut record “Dark Energy” did give a massive live-cell treatment to the slightly outdated genre of footwear – which is arhythmical beats in a bipolar struggle in between house, hip hop and drum’n’bass, powered by fear and anger and frequently celebrated with a joy that reminds of happy hardcore. As a reward for this she got a position on the top of the year end charts of the British Wire Magazine and at the same time a booking as the soundtrack for Rick Owen’s fashion show at Paris Fashion Week. Jlin’s tracks appeal to fashion hipsters and tech nerds at the same time – and they are additionally, as shown by the performance in Durham, made for the dance floor. 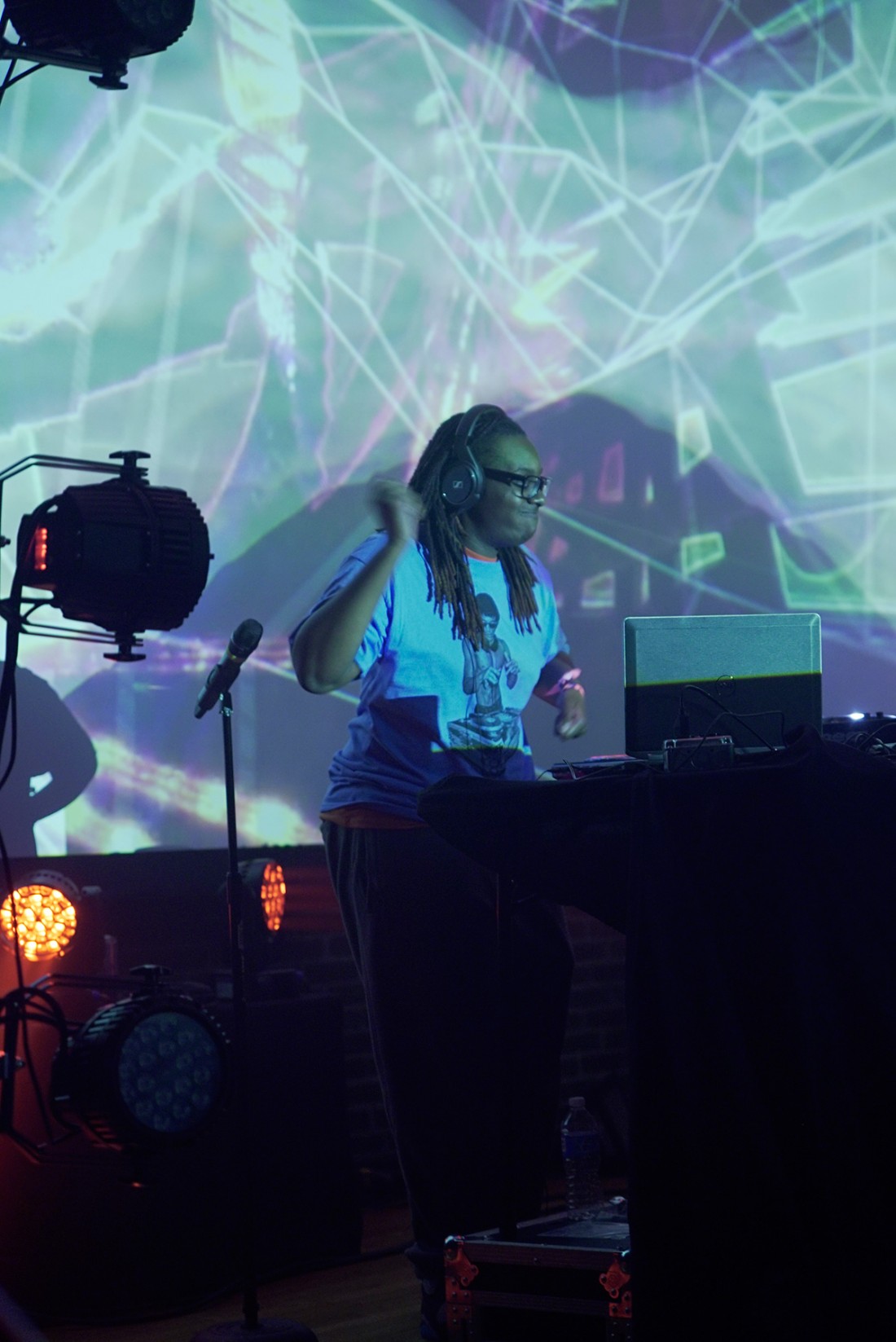 Shortly after giving the wheelchair user a heartfelt hug on the street in front of the club we are sitting in the lobby of her hotel. We have to talk about what just happened and to address all the question that have been raised by “Dark Energy”. But first Jlin reports of the most current implications of her unexpected success: “On December 31 2015 I decided to quit my job – and it feels amazing not to have a day job anymore”, she argues. “It is hard to create music if you are always sensing the pressure of work.” Jlin had worked (like most people in her region) in the steel industry. She reports that her mother, who plays an central role in her life, was sceptical at first. But Jlin explains that she understands this, as the knowledge that their children can survive without them is the most important thing for parents.

On the way to this certainty she set the ball rolling for her daughter’s career by accident. By asking the cardinal question: “Jlin, what do you sound like?” – only then it abruptly dawned on her that al these tracks based on samples that she had produced up to this point in her career were great and full of references, but not her own. This insight made it possible for her to find her “Dark Energy”. The fact that a lot of Afroamerican subjects are at its core is not surprising with than 50% of the citizens of Indiana being black and the problems associated with this. On her debut she closes in on this subject with “Black Diamond” and “Black Ballett”, right before she takes the wars of civilization that result of this to task with “Guantanamo” and “Mansa Musa”.

On her new album, titled “Black Origami”, she links to these subjects but takes them a couple of steps further. Most obviously on “Carbon 7”, the song that has been influenced very specifically by Jlin’s cooperation with the dancer Avril Stormy Unger. The rhythmic finesse by which Jlin operates is breathtaking, the places from which the voice scraps and percussion sounds arise can hardly be identified. The author of the track is putting her hand on our shoulder again and again, but every time we turn around she is at a completely different place, just like in a very devious kung-fu fight. The main strength of “Black Origami” is in the security with which Jlin manages to arranger her net of sound so unconventionally, by unraveling the laws of time and space and transforming past, present, and future into an enigmatic limbo.

The album’s four cooperations are representing deliberate fractures in the overall arrangement with their displayed significance. The spectrum of the strategies is ranging from the pathetic gesture of a ecclesiastical hymnology (“Holy Child”, with William Basinski) to hysterical hyper pop (“1%”, with Holly Herndon), to dramatic minimalism (“Calcination”, with Fawkes), to cut’n’pop madness (“Never Created, Never Destroyed”, with Dope Saint Jude).

“The album addresses all the changes that I went through since the debut”, explains Jlin. “The title should be taken literally, because that is how I am creating. Everything starts with a white sheet of paper that I am constantly folding anew. Whereby the preposed “black” is representing the open space in which I am situated.” She is talking about how for her the artistic examination with one’s own work inevitably also amounts to the negation of borders and the courage to mercilessly question yourself. You can only produce music that can last forever if you don’t go easy on yourself. “Black Origami” definitely has the makings of a classic. 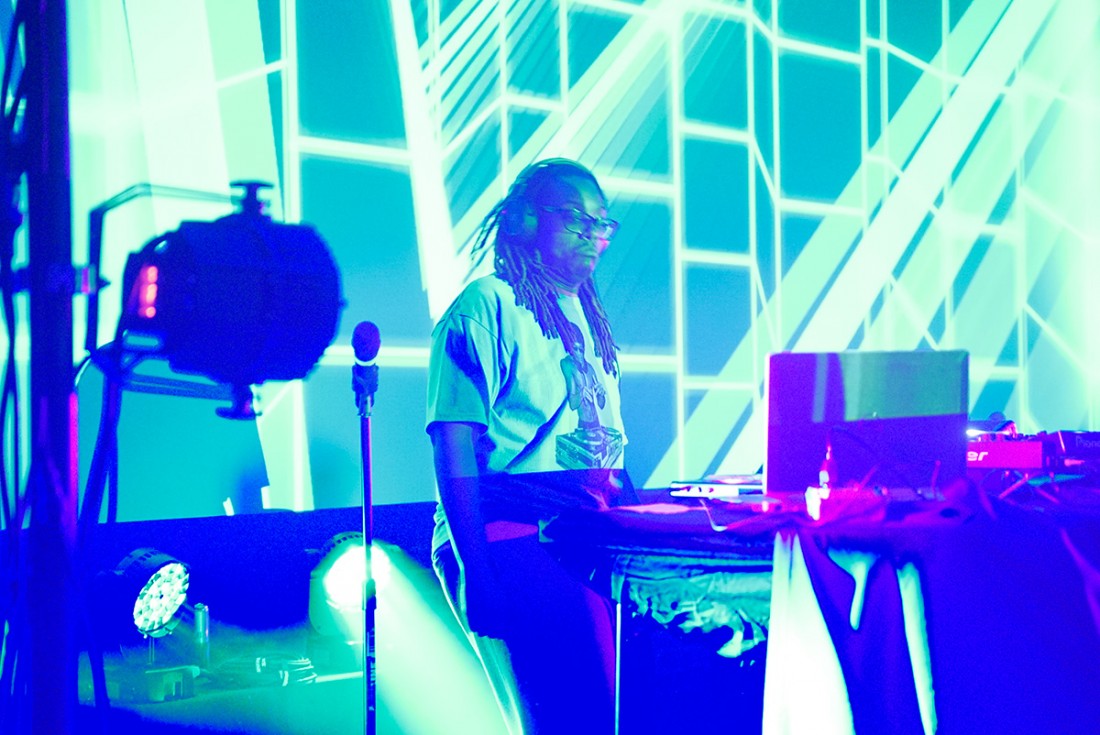 Jlin shakes her head to the question if she had been under pressure as a result of people’s expectations: “I am the only one who is pushing myself. I wouldn’t even be satisfied if I would be winning Grammys. You have to expose yourself to the pain of mistakes. I do not want to be the band Jlin but I want to constantly create something new and unexpected.”

While we are on the subject of attribution we should also talk about what characterizes the sound of Jlin. “I don’t like when things are perfectly synchronized”, she starts her explanation with an negation. “I value the unperfect. I am not a machine, but a passionate and vulnerable person – and especially this vulnerability is what I want to let the audience feel through my music.” She adds that if this means that she has to go through the depths of the terrifying hell, than that would be a price she is willing to pay – thereby referencing openly her own bipolar disorder, caused by the artistic practice. The alternative would be to create something mediocre, and that could not possibly be it. She is simply annoyed that others are taking the easy way out. “Every time I open Facebook I see comments of all the producers who are creating several tracks in one day”, she hisses agitatedly. “I’m happy when I finish 16 bars in one day. But it just doesn’t work otherwise. Mistakes and blockades are necessary for my way of working – it just feels amazing when I manage to split them open.
Therefore it is not a coincident that the last track of “Black Origami” is titled “Challenge (To Be Continued)”.

She says that these are enough questions, as she usually calls her mom after every show so she can excitedly report her how the show turned out. What she would tell her? “The truth!” She says, that she does not have a problem with having a self-critical view of her shows and that it is the most important thing to know how privileged your life is and to approach your music accordingly. “No matter how tired I am I have to remind myself that people are coming to the shows just for me. And therefore it is so incredibly touching if someone comes up to me, like the wheelchair user just did. I almost had to cry.” 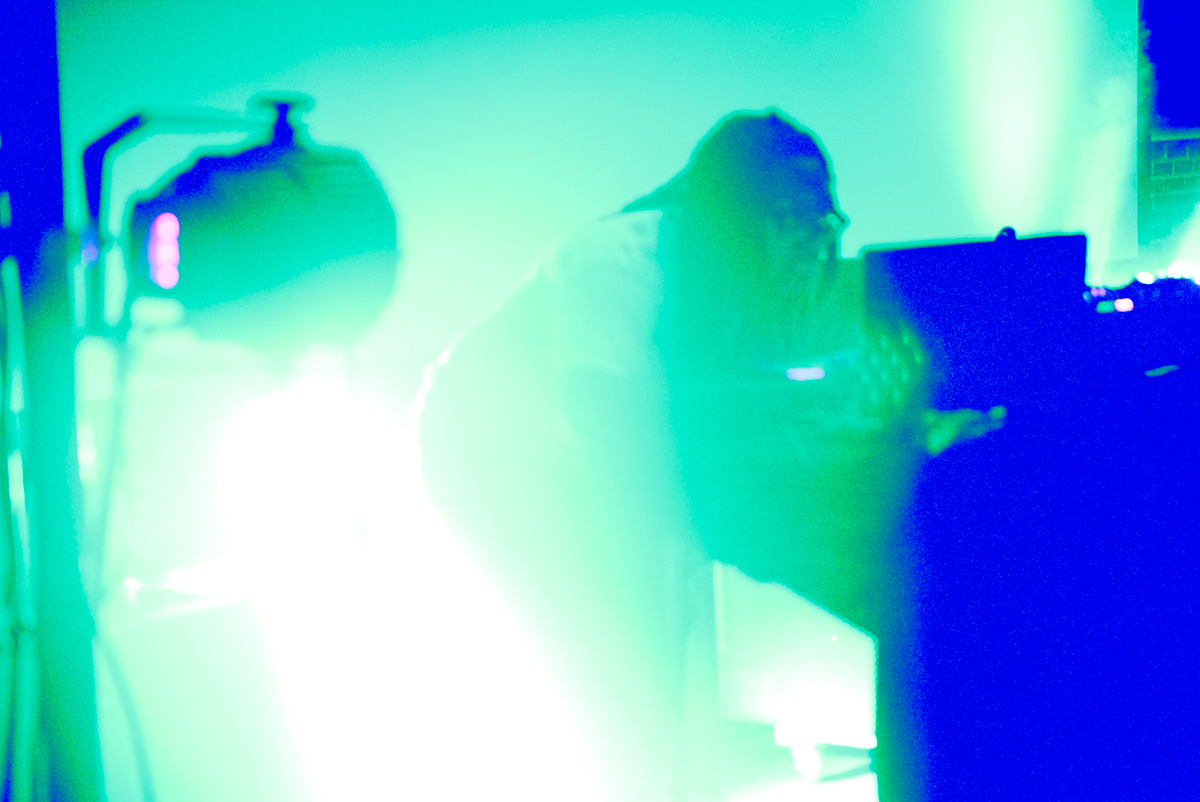