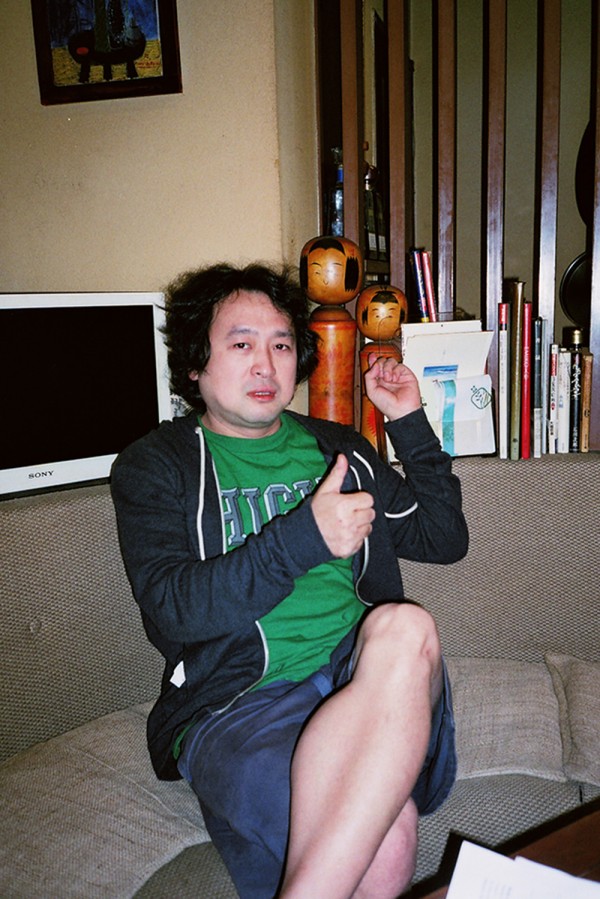 He is the Japanese master of irritation, deftly rethinking disco to hiphop, from field recordings to noise experiments. The musical world of Masaya fluid one, sometimes he’s ‘Violent Onsen Geisha’, sometimes ‘Hair Stylistics’, next day an author of acclaimed novels („Arayuru basho ni hanataba ga“, „Na mo naki kojitachi no haka“ and „Nakahara Masaya sagyo nisshi“), next morning he wakes as a movie actor. Let’s just say he doesn’t like to get bored or rest on those many laurels.

Nakahara Masaya, let´s start off with „Wails to Whispers“, tonight’s event at SuperDeluxe. What should we expect?
I hope it will all end as we expect, without any problems. That is my only hope!

And what do you expect?
At the soundcheck I had problems with my equipment, so hopefully they will not interfere with my performance.

Ah! Technical problems?
A switch of the mixer just came of. I cant fix it, I have to work around it. It will be a night of experiments, so the pressure is on me.

What is your relation to the other artists playing? Masonna, Melt Banana and of course Keiji Haino.
I don´t have a personal relationship with them, but we know each other for a long time and played often together.

Would you say that you share a specific view on sound asthetic, on the texture of sound and Noise?
It wouldn´t be interesting if everyone have the same aesthetics. We have of course some similarities in common, but it is not like we are all the same.

As you are a master of words in your own right, how would you describe Violent Onsen Geisha?
To get paid with the minimal amount of work as possible. That is not really happening. It’s always a lot of work of course. Actually, as you are ask, i did not want to play under the name Violent Onsen Geisha, my old pseudonym, but they asked kindly and well, offered a lot of money – but after agreeing i realized that it comes with everyone asking why he did change his name again: „Whats the difference to Hair Stylistics?“ and so on…

So, what is the difference?
It’s the same.

No sound difference?
For me, Hair Stylistics is a little bit more accessable than Violent Onsen Geisha. But when I’m actually playing, it’s not about playing fixed songs under either name, it is about improvistion and noise.

Does the audience have a role in the improvisation?
I would wish i could afford the luxury to think about the audience, but in fact it is like this games where you have mouse coming out of the hole and you have to catch them or like a plumber who is fixing the pipes when they have water coming out everywhere. It is a very busy process.

A lovely discription of your music.
It’s always the case with me when on stage.

Do you see things you have in common with techno? The challenge of loudness? The aspect of confrontation?
There are some electronic artists i kinda like. In terms of techno i listened to stuff when acid house came out and the early Warp days, but recently i do not see so many things to listen to. I am not so much a fan of the current synth-sounds. But i was keen on the ambient sound of Brian Eno for example, so i am not against everything.

I ask because i think recently a lot of techno tracks are adopting elements of distortion and noise.
Well I listen also to industrial music, I like that.

And bands like Sun O))) and Wolves in the Throne Room?
I have a certain history with these kind of monotone sounds. Back in the old days i did not like them very much as not much was happening in these tracks. It was too simple, but then i got into contemporary minimalism and this also opened my mind to drone-y stuff. Steve Reich was boring for me as a child, but when i reached a point of not knowing what to listen to i went back to it and really started to appreciate it. But at the same time, if you listen carefully to a band like Autechre, nothing repeats itself in their music. I do not think it is good to do that just for the sake of it.

But Autechre also own a lot to hiphop – as you do.
Yes, that´s one thing i like about them, the hiphop base in their music. But when i went to see their live show, i did not like that i couldn’t see them, it was pitch dark and the people were dancing. Honestly, I did not get the point of it.

Are you catching some of the other electronic artists playing during Red Bull Music Academy in Tokyo?
Well,I’m not sure who to contact regarding guest lists, and also I can´t phone right now as i did not pay my bills. Do you have iPhone 6?

No.
Cause i wonder if I should fix my old phone with the money i get for the concert tonight or should I buy a iPhone 6?

No more phone!
But no phone means less work – that´s a problem!

When you started of as an artist in 1993, there were no mobile phones and Japan was so far away from the rest of the world. How does it feel over 20 years later? Are you jealous of the kids today?
I try not to compare the situation now to the one when i first appeared. But as i get older, I do reflect on the good old days and find it hard to understand the approach that younger people have – this idea that music should be free. For me that is very hard – i try to make a living from music. But it is something you can´t change, that´s how things are these days. I feel music is a meaningful thing, but if people take it for granted and do not worship the value of it, it might become meaningless. In that sense I have less hope in the situation now. It is really hard for musicians to make a living these days. At the same time it is great for young people who do not have a wealthy financial background to be able to make music. That side of it is great.

What about the collaborations? That for example people in Melbourne and New York could make music together via the web?
That’s exciting. I felt like the future of music will be digital, so i switched everything to the computer, also my live shows, but then i realized it is not working for me and i went back to analogue equipment – which costs me a lot of money. So i was thinking of putting my music on bandcamp.com and to try to make some money from that. But then i found out that to be able to make money there you need already to have money and a credit card. So it did not work out for me either. Paypal only works if you got a credit card. So i can´t make it into the system. It is very sad. I received very famous literature awards in Japan, but i am not able to get a credit card. That´s the society we are living in right now!

Are you living from your art? And if so since when?
Well, i always had side jobs. But im in my 40s now, i am to old for that. I am not making a living from my creative work, not much money. If I get sick I probably die.

Are a lot of musicians in Japan not able to pay for their health care insurance?
I do not know about other artists. But only people who are employed are getting health care coverage. I recently moved back into my parents house and have insurance from them. So i am covered now.

You are not only a musician, but also an author, a film critic (just for the cash as you say), an actor and a painter. What’s it like shuttling between these roles? Do they stimulate each other?
I want to keep them separate. People often talk about the interconnections, but I do not like that. When I write there aren’t similarities to when I write my music and so on. I like to confuse people, to get them to ask: „what’s he up to now?“ I want to confound people’s expectations of me. If people suggest that I will like that specific movie – I will not like it.

So you are still a child in mind.
I don´t understand myself, so why would people understand me?

I asked you to characterise your music in two sentences. So how about your books.… what are your subjects?
Well, i used to write with a „Why am i doing this job if i do not want to do this job?“ theme. But i overdid it so people ended up disliking it – i have not written much lately as a result.

But you wrote your biography already. „Shindemo nani mo nokosanai“, what means something like „Not leaving anything when i die“.
I just talked about it.

Oh. I understand. Cause i wondered what the last sentence would be?
I thought about it and somebody else put it together. I haven´t read it yet. Whenever i put out a long book, a disaster happens. When i finished a long novel, an air balloon hit a tall building and the next day 9/11 happened. And also when my autobiography got released, the earthquake and tsunami happened. So I guess there must be some disaster at the end of the book.

Hmm, should we read anything into the fact that a Japanese cover version of Frank Sinatras „My Way“ is playing now?!
I experience a lot of these conincidences. I was driving in San Francisco one day and a song about the city came up, and when i drove up Broadway a song about Broadway came up.

Might be a result of your phone tracking. Just sayin. 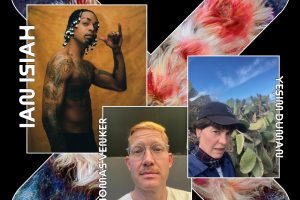 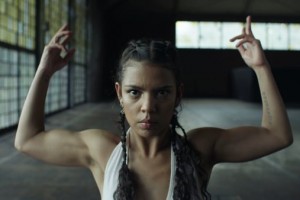