It’s an endless pop conundrum… How to find new words to share the love we feel, that love that threatens to overwhelm us? Brilliant Australian pop starlet Younis Clare (who’s previously sung with acts as diverse as The Brian Jonestown Massacre and Jesca Hoop) decided to solve this equation by penning a rather delicious new single which could finally give voice to that love …

And with the help of her two directors Matt Mirams and Richard Wynn, she brings the whole story to life in a rollicking romantic short film… 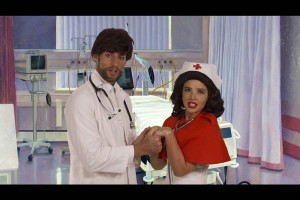 Director
Richard Wynn: Me and Matt Mirams directed the clip. Coming from a theatre background and then having produced, directed and starred in his own short films, he was the perfect match. We knew he would have the ability to extract the performances needed and give every one the energy and focus required to put something as crazy as this together. 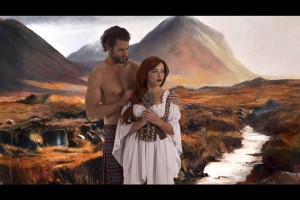 The idea
Richard Wynn: The idea was to have as much fun as possible and bring an element of outrageousness to the table to go with a brilliant song that can be enjoyed by all, but I guess mostly to mess with peoples heads, people who might be up late, people maybe taking drugs who may be up late (who may also enjoy Mills and Boon romance novellas on the quiet). 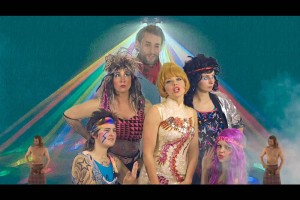 Location
Richard Wynn: A studio space in the North of Melbourne, Australia. 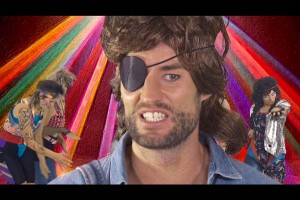 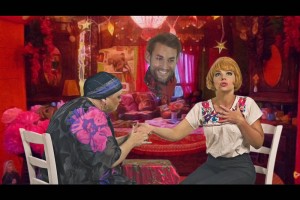 Set happening
Richard Wynn: Everything that happened on set was hilarious. You could have made five videos from what we shot. There was at some point a dancing child and a small dog, also Ash’s Dancing, that guy really needs some help.

My 5 favorite videoclips
Richard Wynn: I’m drawn to simple ideas, although that doesn’t necessarily mean it’s simple to execute! So from that perspective I really dig:

And just to contradict myself, Clare and I really enjoyed/ were horrified by (me at least): 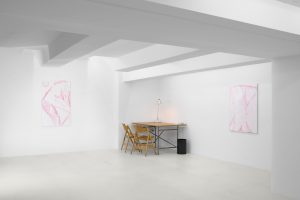