“The language in which the drone sings is actually English. But the software is set to Japanese. We feed the Japanese voice and Japanese grammar with English words. And that’s how this singing comes about, which you can’t really understand at all – except for a few passages. And that’s how the title of the series comes about, because the translation of that would be “Power Alive”. And if you translate “Power Alive”, which simply doesn’t exist in Japanese, with the Japanese translation software, you get “Pawāaraibu”.”
(Jana Kerima Stolzer & Lex Rütten)

The exhibition “Technoschamanism” is currently on view at the Hartware Medienkunstverein in Dortmund (HMKV). It shows the works of twelve artists who intensively deal with neo-shamanistic practices.

The exhibition “Technoschamanism” can be seen until March 6 / 2022 at the HMKV in Dortmund. 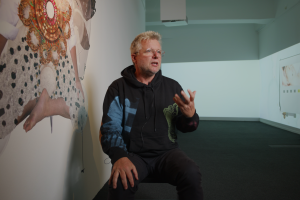 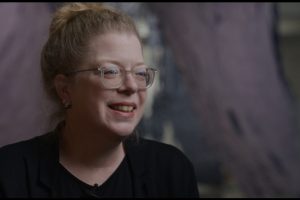 Deep Talk Technoschamanism I: “How does it happen that in the most diverse places artists deal with neo-shamanistic practices?”