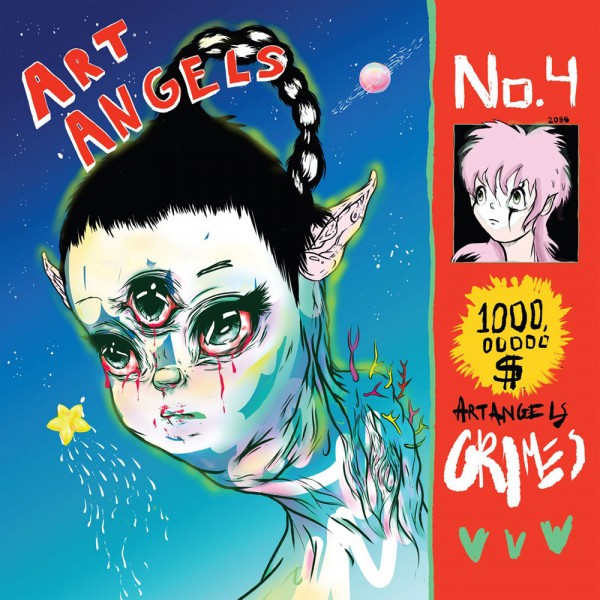 Contradicting my usual admiration for works of art that present themselves as synthesis of the arts (= pop music in sound and vision), in the case of Canadian musician Grimes who is currently the go-to cover girl and among other things modelling for Chanel, I come to find that this phenomenon has rather counter-productive effects.

All of the above does for example lead to petty complaints along the lines of: “Art Angels” does not live up to expectation x or y because of reason w or z; expectations which were justifiably raised due to the copious amount of time that passed between announcing the album and its actual release and/or the amount of media coverage prior to the release of the album (for a specific example of what I am referring to see the review done by Spiegel Online “Abgehört”). And on top of that pejorative comments that Claire Boucher aka. Grimes was not Madonna after all, Grimes’ sound was far from state-of-the-art and her songs were merely hints at hits which eventually fail to deliver what was promised by the production of the songs that clearly targets a mainstream audience.

Which sounds about right actually. Grimes does not create mainstreamy chart-topping pop music – thankfully, I may add, just in case. But it seems to be this way: her preceding album “Visions”, which was released in 2012, is credited with avant-garde charme, as on it, experimental sounds clash with pop music or rather they co-exist, but “Art Angels” is now supposed to feature a smooth and glossy sound like that of Beyoncé and Rihanna, since Grimes has after all already composed songs for them.

Jessica Hopper’s take on things (see her review on Pitchfork) seems a lot more carefully done: Grimes, as project of Claire Boucher (please note the focus on the artistic approach as opposed to personal considerations) is the ultimate study of a fangirl; Grimes, as an artist who stems from a punk background, explores her love of superpop along the lines of Katy Perry or Mariah Carey – and by doing so strikes up a connection between the work she admires and the art she herself is capable of creating and wants to create. Grimes makes that very clear: she proclaims “I’ll never be your dream girl” in “Butterfly” or to provide another aid to interpretation: “If you’re looking for harmony / There’s harmony in everything“. Which translates as: if you are expecting “complete” smoothly polished convenience-music on “Art Angels” because of the “unfinished” sound on “Visions”, then you will be disappointed.

Sound-wise “Art Angels” presents itself rather slick and enhanced, teeming with detail: 90s electropop hooklines, vocals on helium, eurodance, ethno-, disco- and tribal-beats, rocking guitars, growling, Taiwanese rap music – none of it as pompous ironic citation of a certain style as frequently demonstrated by Lady Gaga, but rather as a celebration of what the world has to offer and the inherent possibilities that arise from that realisation. Grimes seems to want to demonstrate that her being aware of her possibilities does not necessarily have to amount to anything – let alone to a so called hit.

On the other hand: songs like “Belly of the Beat”, “Kill V Maim” or the ballad “Venus Fly” featuring guest vocals by Janelle Monae do have a lot of hit potential, if you manage to listen to them without precast conceptions.

Another issue that Jessica Hopper broaches as well is that the main distinguishing factor that decisively sets apart „Art Angels“ from mainstream productions by other female artists is that these are no love songs. Grimes is not a “dream girl”, there are no “dream boys”. “California” sees her stand up against the music industry, there are no romantic clichés to be found on this record, but instead a feminist empowered “Fuck You”-attitude. Well, maybe it is not so bad after all that Grimes is seemingly omnipresent at the moment. Maybe that way people will pay more attention to what Grimes is trying to get across.
Christina Mohr

Yet again I am following up on Christina Mohr’s review and aim to reply in the spirit of the biggest possible resistance (which, in this case, as opposed to real life, seems like the least difficult option).

I have to agree with what Christina has had to say about petty complaints made by the media. It is obviously nonsensical to accuse Grimes of not sounding like Beyoncé – unless she actually tries to imitate Beyoncé’s sound. And unfortunately it seems that this is the case, at least partially. “Chicago” seems to musically want to be something along the lines of “Singles Ladies”. The interesting thing about beats as that one is that a marching band sort of energy is created artificially. What Boucher does here, her imitation of the imitation, is cold, rigid and rough – which may appear to be an interesting violation of rules, but the resulting music unfortunately does not sound that way at all. Somehow, in a rather awkward manner, things just don’t seem to want to fall into place. The accusation that Grimes has been burdened with unfair expectations has unfortunately solely to be ascribed to her own doing. She raises the expectation that she wants to be Madonna, when in actuality she is Björk. She wants to perform hits instead of the old familiar laid back moon cantatas that quite ironically stay on your mind for a while, whereas the so called hits simply pass you by like that. At least that is how I feel about the whole thing. How I feel about the majority of songs on the album. The songs that sound most like their cover art would be dominated by manga stylistics, like the trashy electro rock song “Kill V Maim” and “SCREAM” that is rapped in Taiwanese, those I like quite a bit. And “Venus Fly”, which is the song that features Janelle Monae, has to be entirely exempt from criticism. It is cheesy and crazy and a hit and artsy – it is pretty much everything the record before was and what “Art Angels” is trying to achieve at once. If Grimes continues like that then that’s great. If she does.
Jens Friebe 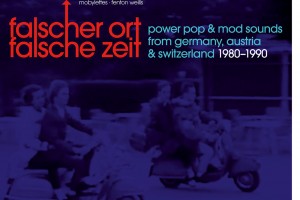