But maybe now that Harrison is also not alive anymore there might be a chance for that to happen after all. Mac Demarco would at least already make a promising candidate for Harrison’s position. Those two outstanding musicians have always shared a prominence that rivals that of the vocals, a sense of virtuosity and creativity in the handling of their guitars that is borderline nutty. Demarco’s latest effort is highly reminiscent of the Beatles, and much like in particular the compositions by their most handsome silent member, “Another One” wants to have nothing, but a pleasant, curative, soothing effect on its listeners.

Those who prefer a harsher style may think to themselves “what kind of soft pop crap is that supposed to be?” and might be bored to death. Those however, who are prone to listening closely and are appreciative of the hidden sensations of refined harmonies, those will for instance be able to acknowledge the surprising double dominant seventh chord in the chorus of “The Way You’d Love Her”, appreciating its adventurous nature that almost resembles a harrowing noise or screaming. The listener is invited to follow Demarco’s chords like the words of stories. You can indulge in them and surrender to them in their airy lavish tenderness. However, the fascination is not a hundred percent perfect. As, out of all things, the title track demonstrates: if a basic melodic idea is lacking, which usually establishes meaning, then the remaining components – even if they display highly refined musicianship – will always come across somewhat unfocused and mannered. But even in that, Mac Demarco is in exquisite company of not only Steely Dan and Elvis Costello, but – there we go – naturally that of George Harrison.
Jens Friebe

On this record, Mac DeMarco sounds like a modern day version of the quirky individualists that originated in the States in the Seventies. The likes of Harry Nilsson and Loudon Wainwright, I’d have to think of off-the-cuff. Those guys made records that combined being a singer/songwriter with distinctly silly ideas, which always gives their music a pleasant air of tentative playfulness. This kind of scepticism towards one’s very own work is also inherent in Mac DeMarco’s latest EP. For the most part that is thanks to DeMarco’s guitar play that is characterised by a sort of broken hawaii-tuning, for which probably only Donald Fagen, Detlev Diederichsen and Jens Friebe know the exact musical term. This kind of tuning is opposed to the essentially mellow melancholic songs, giving them a slightly irritating quality that leads to the listener feeling a little uncomfortable (even though the listening experience itself is of course not strictly uncomfortable). The songs are equipped with a small dose of distance to themselves, which is not too tragic, as it only means that you have to resort to your own powers of imagination to experience a vague longing for non-existent places, which is then heightened by the music. Contributing to this atmosphere are the sounds of a Fender Rhodes, which convey innocence and guilelessness, as well as the babbling of water on the last track of the album – even though I still realise that I am sat at my desk and not at the seaside (like Mac DeMarco is on the abum cover). My favourite songs would have to be the title track and “I’ve Been Waiting For Her”.
Mario Lasar 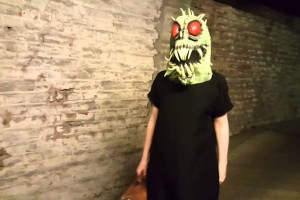 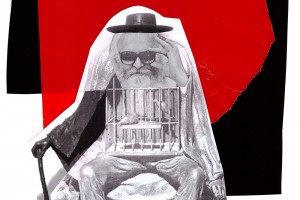