ANITA LANE: „WET HAND FROM THE VOLCANO / SOBERS YOUR SKIN / STRANGER THAN KINDNESS“ 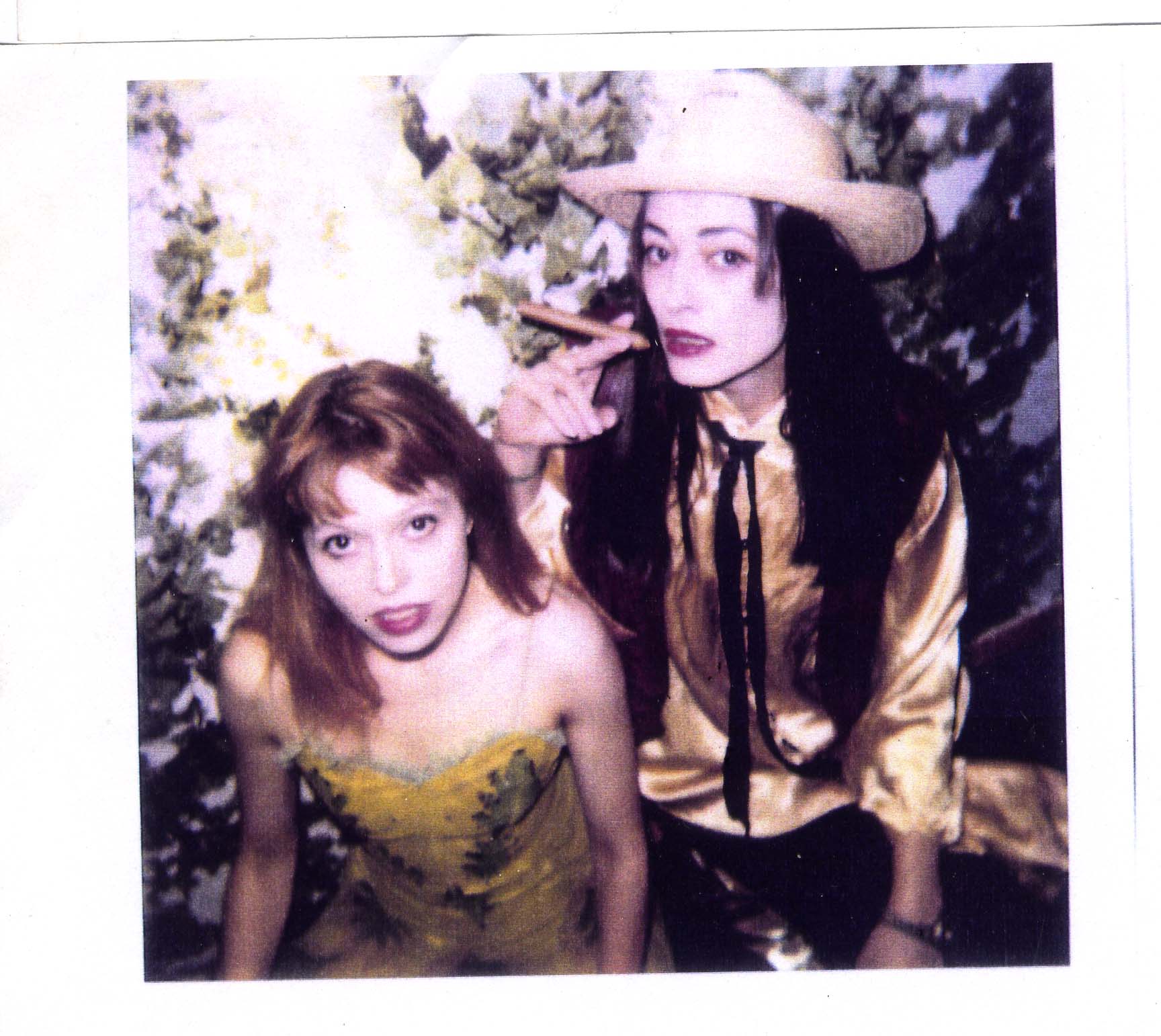 Many of us are familiar with this situation: you really want to do something, but something else always gets in the way. It’s not uncommon for others to give you good advice on better time management. Advice that you ignore, of course, because any kind of efficiency habitus is repugnant to you, even if you are actually already conditioned to exactly that in everyday life. After all, we all long for a life beyond such coordinates to increase our own gross national product. There must be another way … for example, with an artistic-romantic retreat where you really only do what you absolutely want to do: a studio, a writing room, or something in between, where time only runs for you.

Nick Cave has one of these rooms, it turns up prominently in his interviews, embellished with strange rituals of male creation fantasies such as regular masturbation under the desk, apparently a special trigger for song and book ideas, but perhaps just a good seed for conversations with male journalists (unfortunately, he is not completely free of such teenage moments. The worst case scenario of this was evident in his male-male band Grinderman). We are even allowed to accompany him to his retreat in the semi-fictional documentary “Nick Cave: 20,000 Days on Earth”, whether it is the real Cave or the cinematic staging of it is primarily irrelevant, it is the vibe that counts.

Preposterously enough, I have had such a studio space with a desk, no internet, books, lots of sun and a good café around the corner for some time now – and yet the flow of other jobs prevented me for too long from writing this text about the new Nick Cave book “Stranger Than Kindness” and, as an annex, Tino Hanekamp’s book “Über Nick Cave”, both published by KiWi. It had been written in my head for quite some time. The intention of this text – as well as “Stranger Than Kindness” – is that no artist creates his or her work alone, but that it is always created in a permanent dialogue with other people, but also with books, films, pictures and music. This is not a new observation, but nevertheless these collaborators and influences are often not only erased from the broader public perception or degraded to secondary actors and secondary threads – although the influence is often immense. It is the human tendency to exaggerate individual people, which as a side effect makes others disappear in the shadows. Superior artists know about these blind spots of their existence and strive to dissolve them into light. This is also the intention of “Stranger Than Kindness”, a collection of texts, images, notes and memories by Nick Cave, with which the Australian, who in recent years has once again experienced an immense career boost and has been hyped up to an almost messiah-like artist persona, directs his gaze to the cosmos around him that has shaped him.

Anita Lane, who tragically passed away a few days ago far too soon, is the black-hot sun at the center of “Stranger Than Kindness”; the book’s title refers to Nick Cave & The Bad Seeds’ big hit of the same name, which, at least they’ll know, was written by Anita Lane. Lane and Cave met at art college in Melbourne in the late 1970s, became a couple for a while, and comrades for life. The influence of Anita Lane on Nick Cave as a person and artist cannot be overstated. Apart from all the strands of inspiration (which others, who know Cave’s work in detail, can decipher better), the two also wrote songs together again and again, dark epics, fed by longings and abysses and not infrequently with biographical backgrounds.

„Hey-hey-hey-hey / now they put the stink on us / throw us to the sucubus / fed us to the incubus / and brung in the Saprophagus / c’mon and kiss me black / black as the pit in which you found me”
(from Birthday Part, „Kiss Me Black“; by Anita Lane/Nick Cave )

„This is true oh! this is true it’s true / mister forever said nothing said / I can sing / hit it! make it a dead one / with words like with words like / blood and soldier and mother / o.k. o.k. / I want to I want to sleep before the end / which is most impolite“
(from Birthday Part, „A Dead Song“; by Anita Lane/Nick Cave )

With her graphic novel “The Cheerful Art of Rebellion,” Kaput author Daniele De Picciotto takes us on a journey to Berlin in the 1980s, when the Wall still encompassed the entire city and divided it in two. The focus is only superficially on her own artistic life, but rather – much like “Stranger Than Kindness” – on a delicate narrative that seeks to draw attention to the many voices and individuals that make our cultural biotopes so vibrant and thus provide the breeding grounds for the (outstanding) works of those who receive greater attention. Very often it is also about Nick Cave and his environment, so also Anita Lane at one point, not least because Danielle De Picciotto, is closely connected with their world. I had requested an interview with Anita Lane from Danielle a few weeks ago, when this text was supposed to be written, for her “& friends”-talk series on kaput, but unfortunately it did not come about for known reasons.
It cannot be emphasized enough how important such democratizing narrative approaches are in order not to let cultural histories fall into the trap of the great historical murals, which are seldom able to paint a realistic picture because they are concerned with simplification in the spirit of self-defined main events, a phenomenon which is not unfamiliar to all of us; humans like to order and simplify.

“Über Nick Cave” by Tino Hanekamp also shakes up these false representational relationships. In a former life Hanekamp was a club operator (Weltbühne, Uebel & Gefährlich) and music journalist in Hamburg, afterwards he published an unobtrusive and for that very reason very personal (love) novel with the title “Sowas von da” (KiWi). Meanwhile he lives somewhere in the countryside in Mexico, where he and his wife make their way to a Nick Cave concert in Mexico City in his very beautifully written road movie book. The drive provides him with the ideal setting for an endless monologue about the revered Cave, stylistically broken up again and again by the interjections of his wife, who points the mirror of the (male) hero construction and other quirks at him – and all of us. The story ends pleasantly unobtrusive in the backstage room after the concert, where the multiple views of Cave reach him, so to speak. 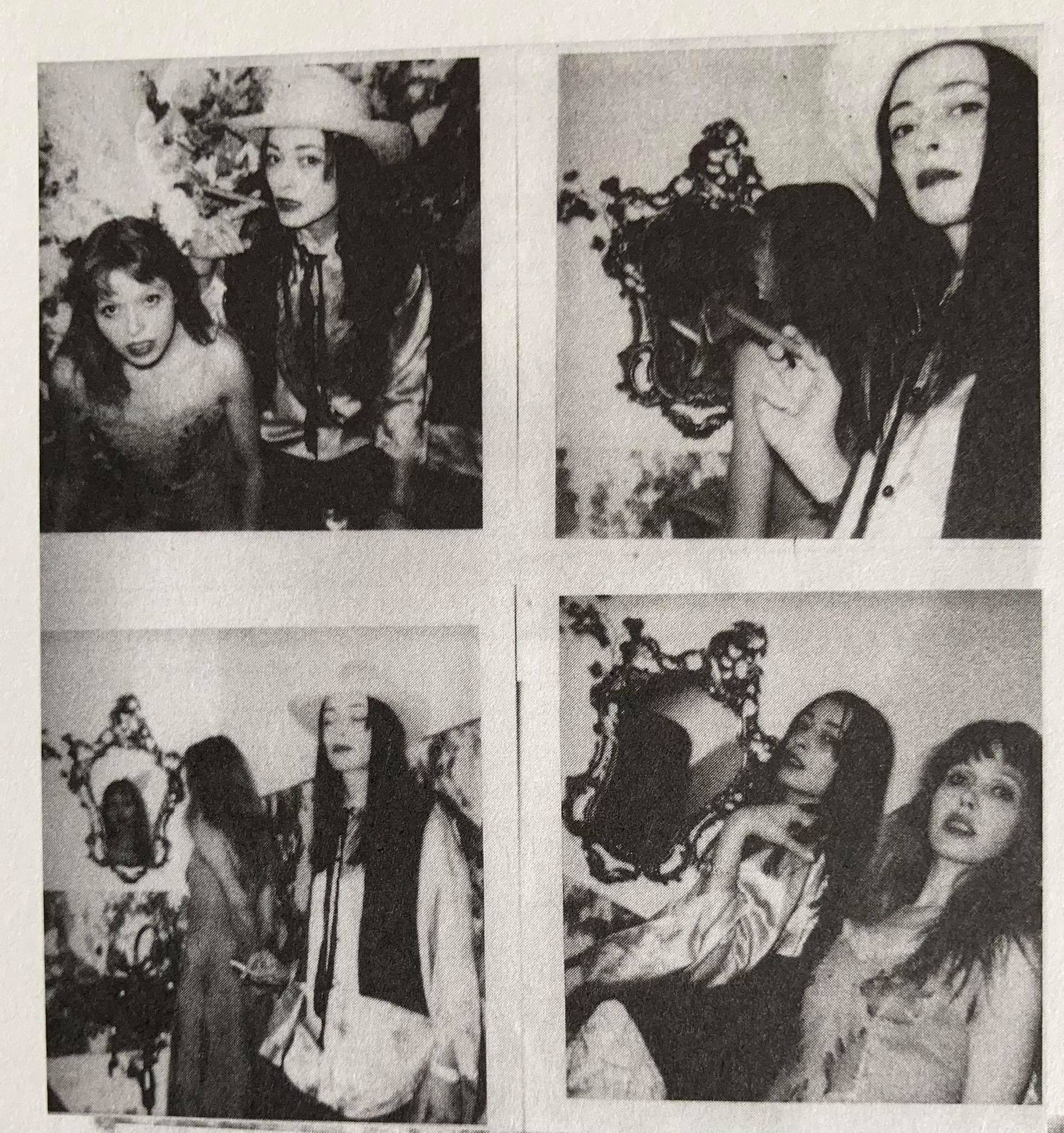 In the texts (and now, unfortunately, obituaries) – a positive exception is the Taz article by Robert Mießner– about Anita Lane (and the commentaries on them), one often encounters attributions that are only attached to female artists: the ethereal light figure, the fairy-like being, this person from another world and, of course, the muse (of Nick Cave). What they all have in common is that the speakers position themselves elsewhere: on the real side of life, where one sets the pace, indeed reality, where one knows where things are going.  Which is, of course, absolute nonsense. Hopefully, the past year has made it clear to everyone that the real meaning of life is not connected to money, power and status, and cannot be derived from a set of rules, but rather draws on interpersonal encounters and individual feelings of happiness, on friendships and moments of satisfaction found for oneself. What you definitely don’t need are people who put labels on others and think they know the right way – as if there is, or could be, this one way.

My biology teacher in high school used to tell a story about the elephant in the china store, which, as a metaphor, boiled down to the fact that one should keep the actual subject in mind and not make a subplot out of it. I’ll spare the details of the story at this point, partly because I don’t remember it. Only this much: this was, of course, total nonsense, because if life teaches you anything, it is that there are no unimportant subplots, just as there aren’t semi-significant people on the side of events. Everything is interwoven with everything, a single incomprehensible flow of things characterizes the magic of life. This is what “Stranger Than Kindness”, ” Die heitere Kunst der Rebellion” and “Über Nick Cave” are teaching us, and this is what those kind of songs and lyrics are telling us in a stirring stream of life, which always pull us back to themselves, they breathe not “I” but “we” into our ears – we just have to listen carefully. For example, on the wonderful cover of the Sister Sledge song “Lost in Music” by Anita Lane, where she knows how to use the words of others to capture her own world so appropriately:  „(…) Have you ever seen / Some people lose everything? / First to go is their mind / Responsibility / To me is a tragedy / I’ll get a job some other time, uh-huh / I want to join a band / And play in front of crazy fans / Yes, I call that temptation / Give me the melody / That’s all that I ever need / The music is my salvation / We’re lost in music / Caught in a trap / No turnin’ back / We’re lost in music (…)“
(from Anita Lane „Lost in Music“, by Sisters Sledge)

I would like to end this text, which has now unfortunately become a completely different one than originally intended, with the last lines of the last song of the last album released by Anita Lane “Sex O`Clock”, with lines from “Bella Ciao”, written by Mick Harvey and her.

Maroula Blades: “I dream in English”

"I remember being called the N- word often while on the way to school. And no white child sat next t… 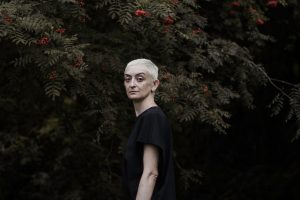