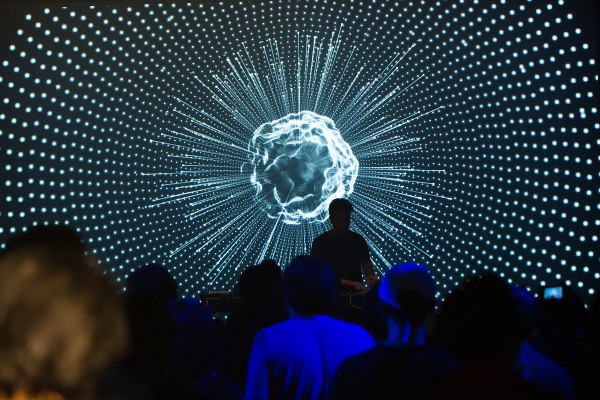 The Kölner Dom was vibrating heavily when the news arrived last year that Montreals Mutek festival team travelled all the way to Japan to establish a sidekick of their festival imprint in Tokyo. Our North America correspondent Alexandre Auche captured the happenings back then for kaput.

In the foreshadow of the 2017 edition we talked to Maurice Ortega Jones of Mutek Japan about this years edition. More infos on mutek.jp.

Maurice, how did Mutek Japan get started in the first place in 2016?
The idea of MUTEK Japan grew around the end of 2014 as we saw that Japanese club culture was facing difficult times. The average club goer was in his 30s and the younger generations were largely absent from the scene. The main reason being on hand that there still is a big stigma around club culture and electronic music in Japan, also supported by strict laws like the Fueiho. Further through this stigma people don’t really engage with this cultural niche and are not aware that it actually houses great variety. We were searching for a way that could engage new crowds, show them the variety and demystify the whole cultural niche. MUTEK seemed to be a perfect fit and through two corners we were able to get introduced to Damian Romero, who is the General Director of MUTEK.MX. We flew to Mexico City for New Years Eve 2014/2015, met with him, and he eventually introduced us to Alain Mongeau. We went to visit MUTEK Montreal in 2015, got approved and the rest is history.

What were you experiences with the first edition and how did it lead to the second one?
The first edition had a great response among the audience. While the audience was largely made of people already familiar with the scene, we were able to surprise everyone with performances like Martin Messier, Herman Kolgen, or Robin Fox, as well as catering to the more traditional part with the Raster-Noton 20 Years anniversary showcase. I believe we were quite successful showcasing the diversity of the scene to new and old audiences. We definitely felt that we hit a vein with this new festival concept, as there is nothing like it in Tokyo. There are music festivals and there are art festivals, but the unique nature of MUTEK crossing the boundaries between these two is surprisingly lacking in Japan. Knowing this it was certain for us to continue our adventure. 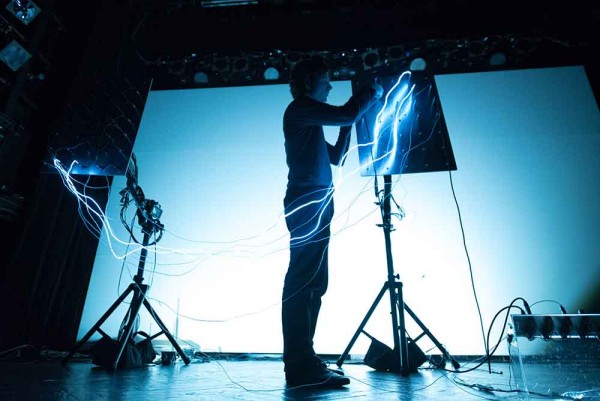 Martin Messier during the 2016 edition of Mutek Japan

The festival is this year located at the National Museum of Emerging Science and Innovation. What did lead to the change and maybe you could talk a bit of the input the location will have.
The change to Miraikan was firstly sparked by one of their curators approaching us after he visited the first edition last year. Luckily the main exhibition hall was available this year at the right timing, as we like our spot on the long weekend beginning of November and the National Culture Day. As we were looking to scale for 2017, we were already at the look out for bigger venues and this was pure luck. The museum’s name basically says it all – National Museum of Emerging Science and Innovation. We saw a great overlap in the MUTEK values and the museum’s, looking into the future, promoting Science, Technology and Innovation in a societal and cultural context. Actually Björk performed in Miraikan before and Jeff Mills had an installation in the Planetarium, which shows that the Museum is greatly engaged in crossing boundaries.
Apart from the input on the value and vision side, the Museum has very practical use. The exhibition hall let’s us scale up significantly from last year. With the Miraikan’s Planetarium, we have a venue in which we can bring immersive dome content to Tokyo, pioneering this form of performances in Japan as a whole. Apart from a few gaming related dome experiences, nothing like this has been done before in Japan. Performances of Maotik, Woulg & Push 1 stop (from Montreal), and the Japanese act Intercity-Express & Synichi Yamamoto, are set to have a massive impact on the audience.
The Museum also houses a big conference center, with auditoriums, conference rooms, where the day time program (Digi Section and VR Salon), will take place, as well as multipurpose rooms, like the Innovation Hall, which will hold the “Play” nights. The Museum will be open to the public during the day time, through which we will also be able to engage with a very diverse audience and introduce MUTEK to a wide range of people.

Looking on the lineup the first thing to realize is the high amount of Japanese artists. Is this like an axiom of Mutek Japan?
Yes, this is one big part of our mission and actually part of MUTEK visions as a whole. We not only want to show the most cutting edge shows and bring international talent to Japan, but also source and introduce fresh Japanese talent and showcase their work. That’s why three programs are largely focused on showcasing Japanese talent, which are the two “Play” events, as well as the collaboration with RBMF. In this we do not only limit ourselves to Japan, but also seek to promote Japanese talent abroad, within the MUTEK network and beyond. 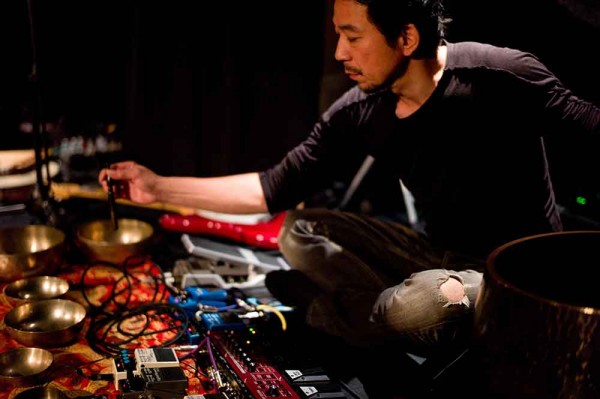 Maybe you could drop some words on those Japanese artists as most of them are not so weel known in overseas yet.
The most interesting story in here is probably the new collaboration between Kazuya Nagaya and Metametric, which resulted out of them meeting at last year’s MUTEK.JP. Kazuya Nagaya is an ambient musician who greatly works with Japanese Orin singing bowls. He’s also a professor at a University in Tokyo and after meeting Maotik and Metametric, he actually invited them to come to his university to hold a seminar/workshop in the days following the festival.
Another interesting project is the collaboration between vocalist Hatis Noit & visual artist Nobumichi Asai, most famed for his face projection mapping. Their project Inori – Radioactive Visualizer actually uses a Geiger counter as an input for their visuals, changing them according to the amount of radioactivity in the space. A very political project in that sense, which will get people to think. 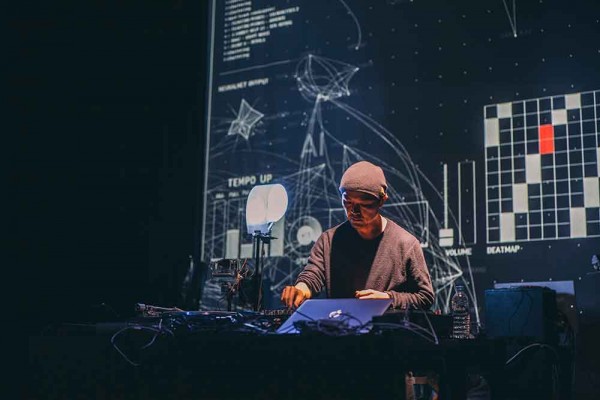 Qosmo with his AI DJ Project is a very fun show to look out for as well as he trained his AI to DJ back to back with him. Definitely worth checking out.
With Kuniyuki and Akiko Kiyama’s new project Aalko, we also host some veterans of the local scene that always deliver. Kuniyuki’s closing at MUTEK Montreal this year, was chosen by RA as one of the 5 most noticeable shows this year.

Mutek Japan gonna happen between 3rd and 5th of October in Tokyo. Tickets are available here. 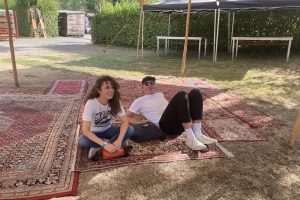 The system Meakusma, if you want to describe this festival as such, it is an inviting, idiosyncratic… 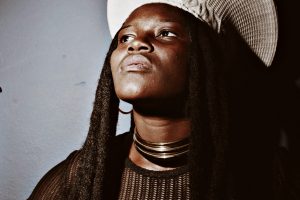 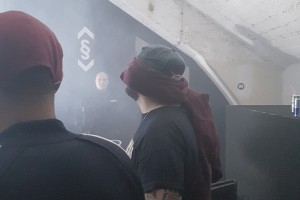 Again and again it’s a surprising experience to fly in for a gathering like Resonate festival, wit…