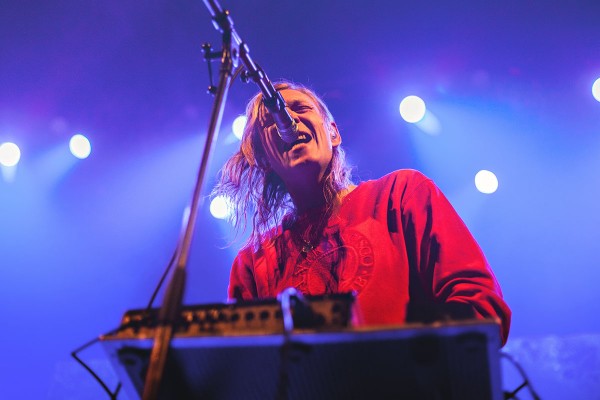 Quite ambitious to mix two singular voices, but a feat the two achieve effortlessly – as you can hear on their ep „Ragazzi“, released at the end of 2014. Think Kings of Convenience, but in a dryer and more experimental version, with some of the emotional punch of Anthony and the Johnsons. The fragmented instrumentals, quite trrippy sometimes with its delayed guitar and the atonal synthesizers, blend beautifully with their voices.

Spot has really helped to put Scandinavian and especially Danish artists on the pop culture map – at least this is how it looks from outside Denmark. How do you see the Spot festival?
Kristian Finne Kristensen: Spot Festival can be a great place to connect with people in music outside of Denmark, but basically it’s just a privilege to play a setting where the people in the crowd have an interest, desire and hunger for new music.

Where in Denmark are you from and how does this city differ from Aarhus?
We both live in Copenhagen where Nikolaj was born and raised. I’m originally from the island of Bornholm in the baltic sea but moved to copenhagen many years ago. We haven’t spent much time in Aarhus outside of coming here to play so it’s difficult to pinpoint any specific differences between the cities other than the fact that Aarhus is smaller than Copenhagen and the center of the city seems even cuter.

Did you find the time to see other artists during the Festival? If so which and what did you think of their performances?
Definitely new group and friends of ours Kentaur were awesome and label mate The New Spring did good at the festival as well. We ended up down by the docks saturday night where we heard a band called Liss which was great too.

Which 3 places should everybody visit when making it to Denmark.
Come to Copenhagen during the summer. Eat, drink and hang in the street. Also everyone should at least once go to the island of Bornholm for sea, sand, sun, fish, beautiful rocky nature and weird dialect. Even classic alt band Mercury Rev has a love for the island where the band visited and did a unique gig once in the tiny town of Allinge.

What is your favorite Danish record of all time?
Thats a hard question to answer. Right off the top of the head the 1967 album “Hip” by Steppeulvene is historical and important as is the works of electronic musician Else Marie Padde of the 1950s. That being said a lot of cool music is being created right now and some great records have come out of Denmark these past couple of years. 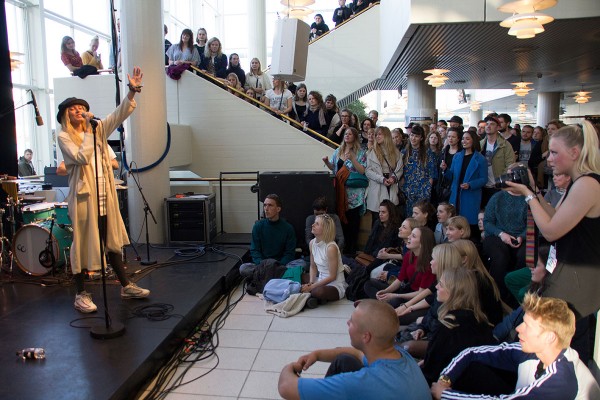 Soleima
Sarah Mariegaard is right at the beginning of her career. Mariegaard, who used to be a member of the hiphop collective Flødeklinikken, has just released her very first Song „My Boi“, driven by a super bubblegummy voice over a sweet synthie-pop-arrangement.

Spot has really helped to put Scandinavian and especially Danish artists on the pop culture map – at least this is how it looks from outside Denmark. How do you see the Spot festival?
Yes I really think Spot is an amazing platform for danish artists. It is my impression that the festival really helps new artists to get their music out to the world. And especially it is a place for new artist to meet possible future collaborators in the music business. Also I think that the festival is good at making a diverse program, putting both established artist and totally new ones (as my self) on the program.

Where in Denmark are you from and how does this city differ from Aarhus?
I’m from Århus. Straight outta Skejby:) But I’m currently living in Copenhagen. I guess one big difference between these two cities is the size. Copenhagen is a bigger city than Århus. And of cause there are always happening a lot of stuff in the capital of a country, which is also the case with Copenhagen. The music scene, for example, is pretty developed in Copenhagen and it is possible to discover great music at the cities venues.

Did you find the time to see other artists during the festival? If so which and what did you think of their performances?
I saw a lot of amazing concerts this year. I heard Cancer and they did a great and fully packed show in one of the biggest venues at the festival. It was beautiful. I also heard Mendoza which was really good, she is doing some really sweet pop/90ties trance stuff. Then I heard an intimate concert with Reptile Youth (only piano and vocal) which was stunning. I would love to have heard ANYA, a new Danish r’n’b singer, but she played at the same time as myself. I could just keep on mentioning great acts actually. There was so many talented people playing there this year. Sweet!

Which 3 places should people should visit when making it to Denmark?
In Copenhagen I guess I would recommend Christiana. This self-proclaimed autonomous part of town, which somehow functions as a city within the city. It has a lot of funny houses, nice nature and good cafes and venues. Also I love to walk around in some of the many parks in Copenhagen. They are really beautiful and there are quite a few of them. For example the ‘assistants cemetery’. It is gorgeous and worth a visit. In Århus there is AROS, a great museum of art.

What is your favorite Danish record of all time?
That is a really evil question! Impossible actually. I think denmark has a lot of talented acts who have done great records over the years. So it is just to dig in and discover.

Kenton Slash Demon
This duo of Silas Moldenhawer and Jonas Kenton, who both are also members of the band When Saints Go Machine, are diving deep into the sea of techno. Their epic soundscapes seem to change every second while still managing to generate an intense feeling of the here and now. A perfect example of a band that could experiment with beat structure and sound modification and also vocal effects and somehow still keep something rather interesting together.

Spot really helped bringing Scandinavian and especially Danish artists on the map of pop culture – at least this is the perspective from outside Denmark. What is your perspective on Spot?
Silas Moldenhawer: I’ve been quite a lot of times now and I always enjoy it. Spot has a nice dynamic in regards to the booking of really new and established artist. I’ve had a lot of great musical experiences there both of and on stage. Sometimes the vibe can get a bit too business-minded but overall I think they balance it quite well. In my opinion they should create a stage that opens late and focuses on electronic music with a really good sound system, it seems to be missing.

Where in Denmark are you from and how does this city different from Aarhus?
I’m from Østerbro in Copenhagen. Everything is even closer to each other in Århus than in Copenhagen and it has way more hills.

Did you find the time to see other artists during the festival? If so which and what did you think of their performances?
I saw Cancer in the big hall. It was the first time I had seen them in such a big venue and I think it really suited the music. The band plays extremely well together and the sound was really good. They also had some new really cool visuals on stage. I also saw Kesi, a Danish rapper, he was great too.

Please name 3 places everybody should visit when making his / hers way to Denmark.
Nørrebroparken in Copenhagen – It’s a pretty long stretch of park in the best part of Nørrebro in my opinion. There is some urban farming going on and a great artificial grass soccer field. The cycle route runs through there as well. Go there in the weekend during summer time, there is always something going on.
The shingle beaches in Sjællands Odde – Sjællands Odde is a thin stretch of land in the north of Sjælland. The nature there is incredible. There is a lot of beautiful remote beaches where you can swim all by yourself.
Swim in the harbour of Copenhagen – You can almost swim everywhere in the harbour. It’s not legal persa but you will most likely not get a ticket, everyone does it. There is a lot of places where you from and get a nice free fall or you could go to papirøen and get a bite to eat and then jump in the water.

What is your favorite Danish record of all time?
‪Bjørn Svin, “Benene På Nakken”. 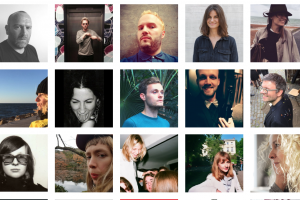