Başak Günak: “I believe that as female:pressure we are creating an important force against “brotherhood” in the scene.” 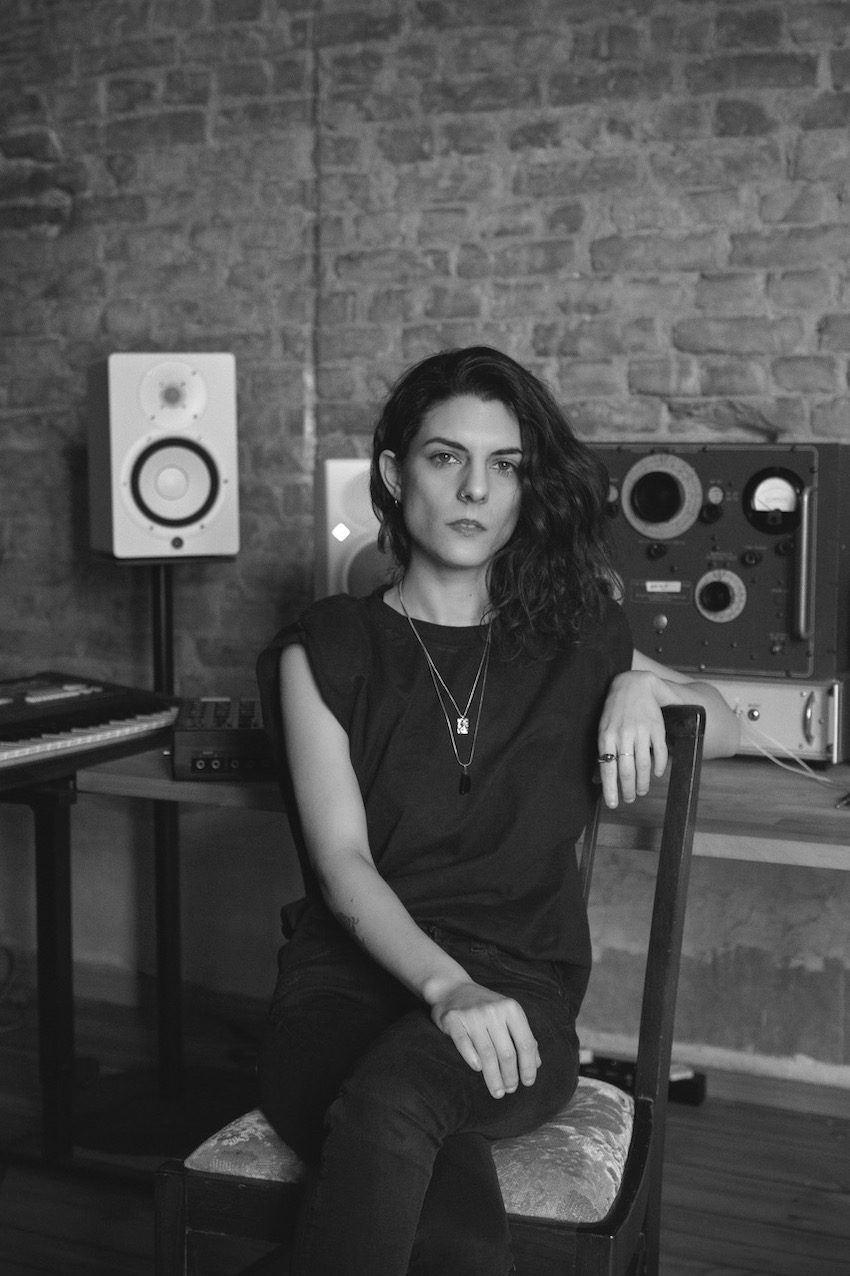 I met Basak Günak thanks to the Berlin Institution “Musicboard” in the winter of 2021. She was doing a lonely residency in an empty Hellerau, close to Dresden, within lockdown, which must have been creepy being the only artist there for some time, until more arrived. We had quite a few zoom meetings, chatting away about music, culture, gender and everyday topics like shopping during lockdown. I thought it interesting that I could connect with somebody I hardly knew so easily online, but Başak has a glow which does not disappear within cyber interaction.

I adore speaking with people that are truly embedded in their artistic output and that ask interesting questions like “should I experiment on the sound with dummy data points “? Basak was working on a sound/art installation during the residency based upon memory. A theme I have been immersed in for years and one that especially interests me. Her approach was beautifully mystic and down to earth simultaneously and will hopefully be exhibited this summer.

Başak Günak known as AH! KOSMOS is a producer, composer and sound artist born in Istanbul; she is based in Berlin for a couple of years now. She composes for dance, theatre, film, and visual arts. Her works for contemporary dance, theaters, and site-specific performances have been presented in art spaces such as the Prague Quadrennial, Rotterdamse Schouwburg, Prague Signal Festival, 18th&19th Istanbul International Theatre Festival amongst others and has performed alongside and supported luminaries such as Sigur Rós and Jonny Greenwood, Julia Holter and Darkside. She uses polyrhythms, electronic composition and found sounds to build a personal world of modulation but also collaborates with musicians that play live instruments. She herself plays the bass and her performance energy is legendary.

I was very happy when she agreed to do this conversation with me as she is always very busy.

Danielle de Picciotto: You work with modular synthesisers but also with live instruments. What is the basis of your music, what is it you want to achieve sonically? 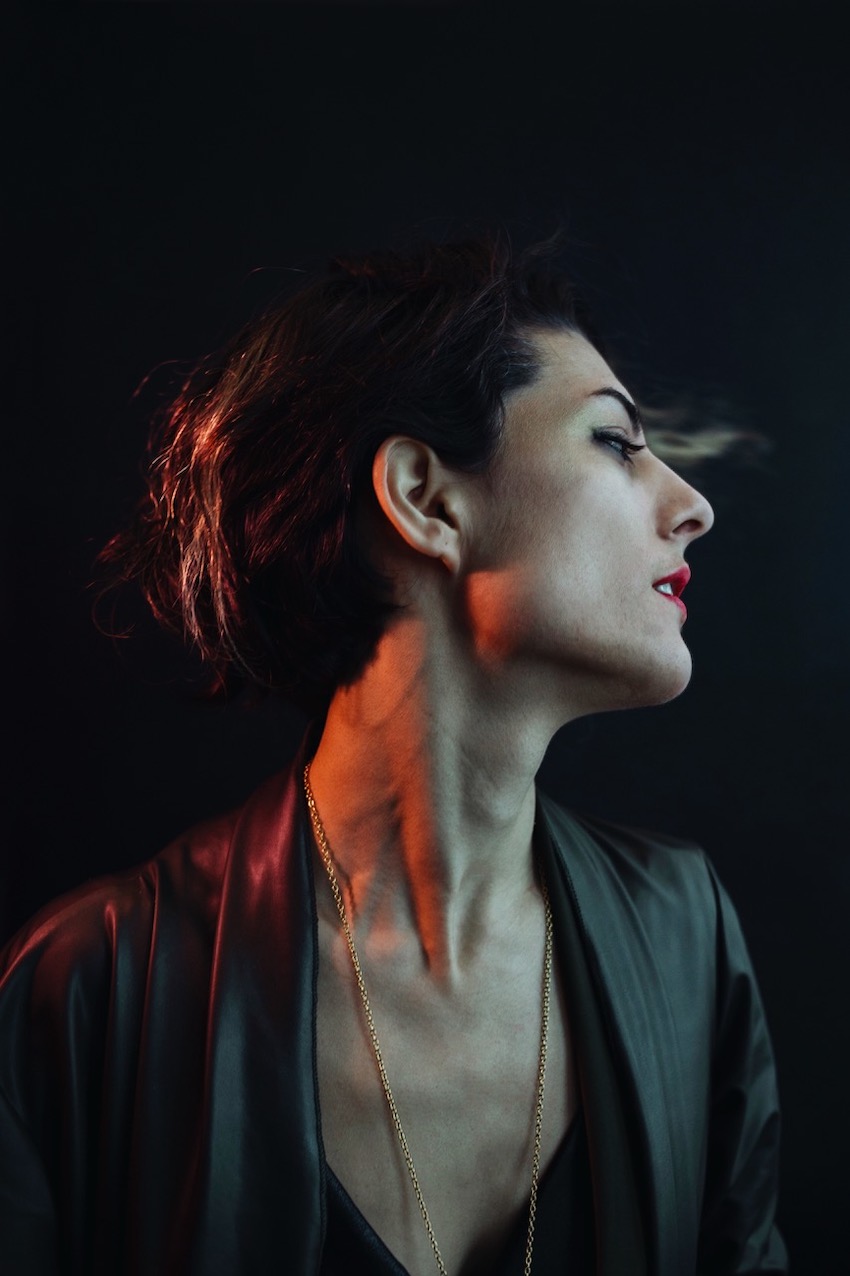 Başak Günak: Sonic research and working multidisciplinary is very important for me. I switch between different techniques to sculpt the sound and to find different frequencies. Composing for theatres, choreographers and site-specific projects is also a crucial part of my process to explore the sound with its relation to body, movement and space.

Could you describe your recording process?  Do you start with an idea or just let it happen?

Mainly, I have initial inspiration points and resources. In the recording process, I use improvisation. I stay in the creation process to come to a point where I can reach a deeper mind and body state. In this state, I aim to release my consciousness and dig deeper.  I think it’s a form of meditation and I love scraping this space to listen to its resonances.

You do very poetic sound installations. They have a different energy than your live performances. What interests you in working in these different fields?

I agree, these installations are so different compared to my albums, performances.
In my sound installations, my initial inspiration resource is archives, belonging, memory and loss.
While investigating the sonic representations of these themes, I aim to sculpt the sound with fragile, poetic and subtle feeling.

Originally you are from Istanbul and have been living in Berlin for five years. How have these cultures influenced or inspired your music?

I’m getting inspired from the people around me, the artworks that I see, the sounds that I listen to. In Berlin, the art scene is so vivid, I’m getting influenced by Berlin’s openness to experimentation. In Istanbul, I have many artist friends who work in the field of dance, theater and visual arts. I love exchanging with them. I realised that composing in different cities affects my work in different ways. Istanbul has different roots for me and I feel that when I compose in Istanbul, the soundscape of the song is breathing a darker vibe.

Do world events like Covid 19 or the war influence your music, or do you record independently of what is happening around you?

It is impossible to close myself and ignore the terrible violence that’s happening in Ukraine, Palestine, Somalia… I’m acting towards these events, making my decisions towards that and trying to find out ways to raise my voice.
Some weeks ago, I gathered with artist friends like Born in Flamez, Büşra Kayıkçı, Arigto and Kana Kana. We released a compilation album in order to raise our voice against war.

Do you think that the discussion about gender/rassism have changed the music scene?

I observe changes in relation to gender, especially as part of female:pressure I see how our “pressure” in the scene makes a difference when it comes to calling for gender equality in line-ups, to rallying against the sexist approaches, to collectively resist embodied masculine sovereignty…
Last year, we learned that a cultural institution in Germany wanted to organise a discussion event consisting only of male speakers. We sent them a letter questioning their decision and they had to change this and postpone the event as a result. I believe that as female:pressure we are creating an important force against “brotherhood” in the scene. Gender inequality is still there and it works in a systematic way, but we continue to make and make very important cracks in that wall.   In terms of racism, unfortunately there is still a long way to go. Especially in the media, I personally experience very problematic issues. I try to avoid the presence where focus is going away from what I do with sound to where I come from. 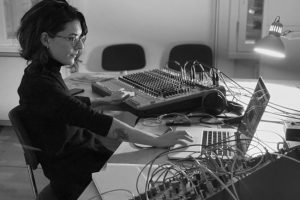 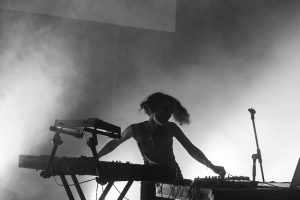 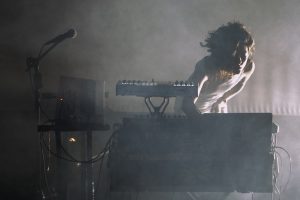 How has Covid influenced your life in general? Have you been able to tour again?

Unfortunately, my concerts had to stop, I performed very rarely. It was sad to not perform as it is so important for me to perform and experience the songs with the audience.
I spent more time on producing and composing. I composed for some museums like Berlin State Museums and Johann Jacobs Museum and focused more on collaborations even though they were long-distance collaborations.  This way I felt in the momentum and felt in connection.

Currently, I’m composing for Gropius Bau for an upcoming project and for another exhibition which will happen in Istanbul in May. My future plans are to realise my installation in HELLERAU this summer and to finish my upcoming collaboration album with Büşra Kayıkçı. 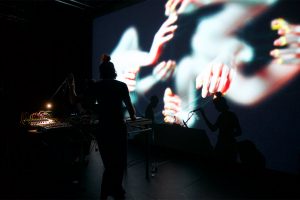 Zoë McPherson and Alessandra Leone will present their transmedia work "STRING FIGURES". Before the …