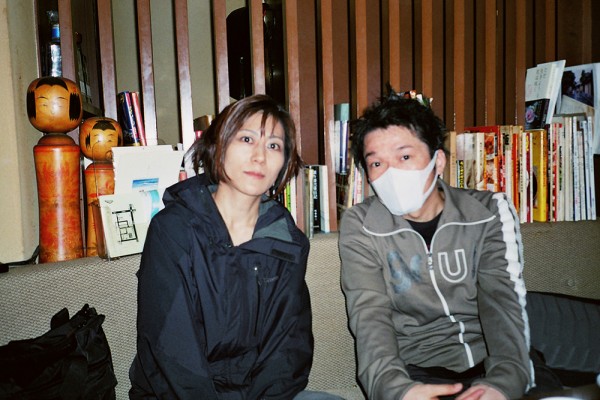 Melt-Banana are one of the few protagonists of Japanese noise rock to have reached Western shores and minds – Steve Albini produced their debut „Speak Squeak Creak“ album in Chicago and John Zorn produced their live album „MxBx 1998/13000 Miles at high velocity“ during one of their early US tours and released it on his Tzadik imprint.  The band was originally founded in 1992 in Tokyo as a five piece, but now is stripped down to singer Yasuko Onuki (YaKo) and guitar- and effects-manipulator Ichirou Agata. Their adoption of looped and sequenced guitar sounds and electronic noise components means that Melt-Banana have retained a connection to current sounds and textures in contemporary ambient techno and conceptual electronic music, though we have to say they rock much harder than most of the artists in those genres.

So, tonight, what you do expect from „Wails to Whispers“?
Ichirou Agata: We are looking forward to play with them all tonight, it has been quite a while since we last did.

What is your relation to the other artists playing like Nakahara Masaya, Masonna and of course Keiji Haino. Are you friends?
Ichirou Agata: We know Nakahara-san for something like 20 years now. We have recorded in the past together and invited him a few times to our house. So we are very close friends. Recently he’s been busy as a novelist and we were touring a lot, which made it difficult to meet often.

Could you all be called ‘a scene’? And if so what is the connection point? Your interest in distortion and sound textures?
Yasuko Onuki: Musically we are all quite different, but when we see each other play this of course has an impact on our own music.

But when you say musically different, you have to consider that people from outside still group you under the file ‘noise’?
Yasuko Onuki: I see. But this misunderstanding is obviously not specific to the noise scene. This is happening to all genres. When people come to the shows, they will feel the differences immediately.

Of course your music is well connected to experimental guitar music from the USA – the prepared guitars, people like Glenn Branca and Sonic Youth. But do you also follow the electronic music scene and see certain similarities as within that community there are also a lot of producers searching of elements of distortion and noise within their music?
Ichirou Agata: We are of course also influenced by electronic music. For example an artist like Aphex Twin, who did a lot or sonic research and combines a wide field of styles in this sound – that’s of interest to us. He challenges the audience – an effect we like – but he is also interested in finding certain elements of catchiness.
Yasuko Onuki: I also see some parallels between Deadmau5 and us when it comes to the ‘poppy’ aspect of our music.

Oh, DeadMau5, really? So you see EDM musicians like Skrillex and him as similar?
Yasuko Onuki: It is not like a teenager in school who is buying a record and listenng to it the whole day and memorising the songs. That is not the listening process with music like that, but we try to keep in touch with things and scan the musical environment.
Ichirou Agata: I of course forgot Atari Teenage Riot, a very important electronic band for us.

Are there some electronic musicians you would consider working together?
Ichirou Agata: Actually we are involved in some collaborations right now, but we are not allowed to speak at this point.
Yasuko Onuki: The way we perform live right now, there is a lot of programming involved. That said, we are now more keen to work with this kind of artist, than a few years ago.

Which totally makes sense to me: if you take a techno-beat with its static 4-to-the-floor-beat, it shares the drum-aesthetics with Melt Banana – you also like straight drumming. And both have a lot of noises and sound around this solid element.
Ichirou Agata: A very good observation. We do not, in opposite to a lot of the other noise bands, come up with a track by improvising or jamming. It is all more planned and in that sense closer to how electronic musicians work. We start mostly with a beat like techno artists and work from there on.

How important is the audience for you? Are you noticing them while playing like a DJ who’s gazing down on the dancefloor?
Yasuko Onuki: Obviously we are taking notice of the audience, but even though we still define ourselves as a ‘rock band’ we are not able to react as much on they might wish.

When you started, Japan was so far away from the rest of the world. What did this feel for you and how do you feel the world changed through internet? And are you jealous of the younger generation?
Ichirou Agata: There are of course more tools now available to artists. When it comes own to human interaction they might make this process easier, but it is still the same process. 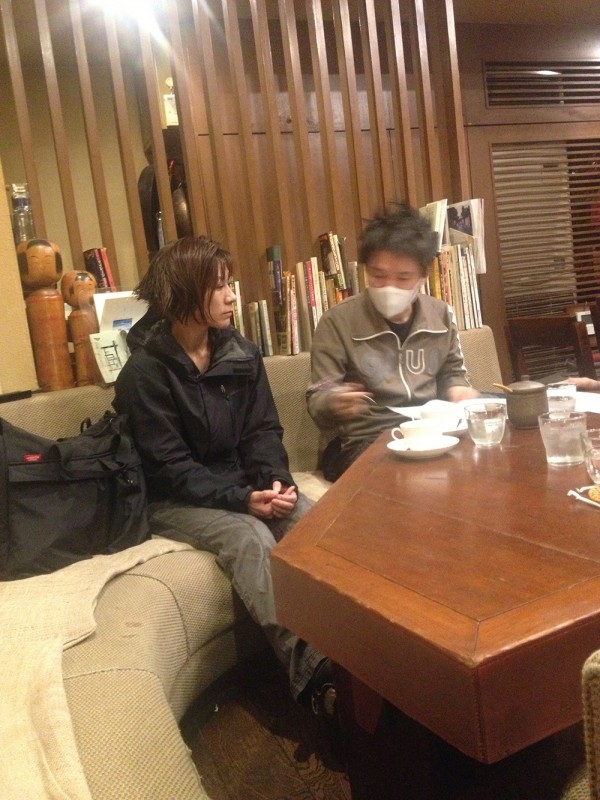 How important is the international friendship society of Melt Banana for you? That you know all these people all over the world.
Yasuko Onuki: As we are not signed to a big international major label these connections are very important for us. The people which we came to know all around the world are our lifeline.

What would you say is your general point of interest when making music?
Yasuko Onuki: I chose music for my life, so that is what I do.
Ichirou Agata: Whenever I do music, I forget about the time. WHen I hang out with friends, I always get bored at a certain point. But with music I never get bored. I could do music forever without thinking about time.
Yasuko Onuki: Beautifully put.

Yasuko: The way you use your voice is challenging. Who influenced you in that respect?

Yasuko Onuki: There is no tradition and no influence besides maybe Lydia Lunch and the Teenage Jerks. She opened a new book for me. It was so unique and distinctive, you could tell by listening to the voice who is singing – that what I wanted to achieve with my own voice too.

And if you look at the modern, more dirty rap and hiphop, is there a voice in there which you like?
Yasuko Onuki: Eryka Badu.

I found in older interviews that you really consider your music as ‘pop music’. Is this a real thing or a witty response?
Yasuko Onuki: Maybe we have a different perspective on pop culture in Japan to what you have in the Western world. When someone says pop music you may immediately think Britney Spears. But if someone here says, that his music is pop, they are just talking about catchy melodies. The definition, the idea, of pop is different in Japan! 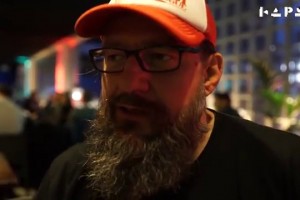 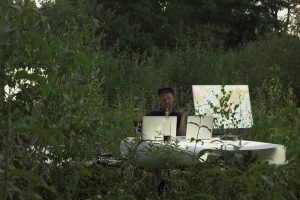