About half a year ago a friend and I were discussing Andreas Gehm, the Cologne based techno producer, and his seemingly unstoppable presence on social media. We were both casually acquainted with him in real life, but by being friends on Facebook we experienced his endless and enthusiastic communication with the world. Andreas was one for sharing both his passion for music and his very wonderful sense of humour with us all – very much in the techno tradition of using music as a doorway to the wider social world beyond.

Gehm was a true techno lover, who lost his heart to the 303 and acid, or as he wrote on his Resident Advisor profile: „I JUST PLAY ACID. And Jackin’ Old Skool Chicago House. And Detroit-ish Techno. And sometimes some Electro too.” He mostly released tracks under his real name and the imprint Elec Pt.1 and on labels like Bunker, Panzerkreuz, Nation, Mathematics Recordings and Cologne Underground Records.

I write in the past tense, as sadly Andreas passed away this Sunday night.

A few months ago the tenor of his posts had begun to change. Andreas was very ill and somehow not being helped. He didn’t hold off sharing his inner feelings with the world, keeping us up to date with the marathon doctor appointments, the strange lack of diagnosis, and corresponding lack of treatment for him. Somehow, he retained his never-ending reserves of energy in the middle of this, the toughest mission.

Even the strongest meet their limits. On Sunday Andreas Gehm shared his last thoughts with us – and as one who read some of the posts back then, I never guessed at their hidden meaning. Of course when one re-reads them now, their meaning is clear … and surrounded by so much sadness.

So let’s strike a defiant musical note, and play this very loud for him as he asked for:

And listen to some of his music:

.. and there is so much more of his music out there, forever vibrating with us: 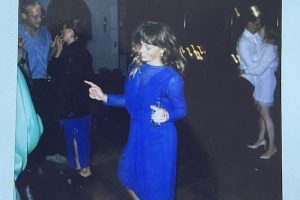 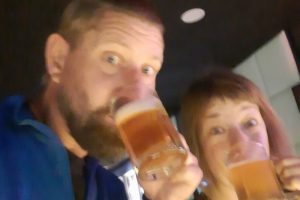